The Fourth Court of Appeals in San Antonio handed down an opinion this week in Adams v. Murphy Exploration & Production Co.-USA, deciding the meaning of “offset well” as used in an oil and gas lease.

The plaintiffs in the case signed an oil and gas lease to Murphy containing the following provision:

(1) to commence drilling operations on the leased acreage and thereafter continue the drilling of such offf-set well or wells with due diligence3 to a depth adequate to test the same formation from which the well or wells are producing from on the adjacent acreage; or

(3) release an amount of acreage sufficient to constitute a spacing unit equivalent in size to the spacing unit that would be allocated under the lease to such well or wells on the adjacent lands, as to the zones or strata producing in such adjacent well. 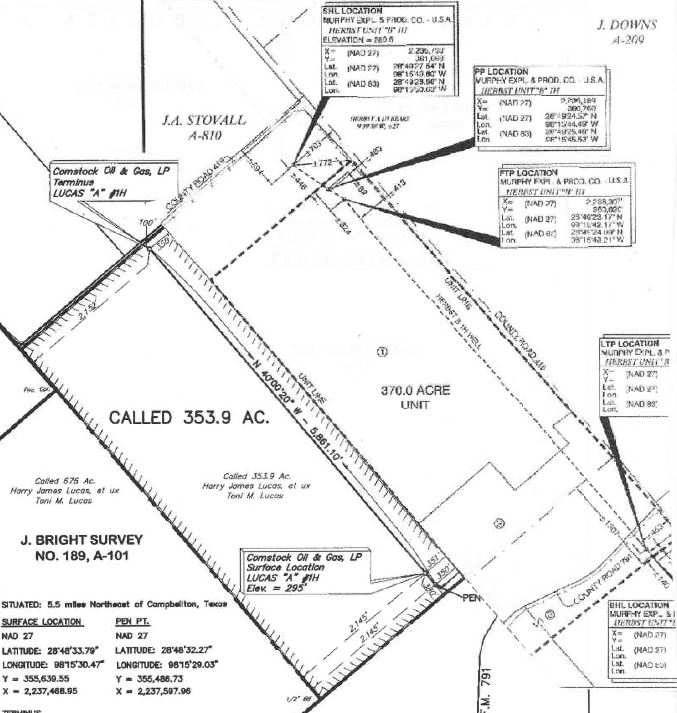 Murphy contended that its well satisfied the lease requirements for an offset well. Plaintiffs (represented by our firm) sued Murphy to require payment of the in-lieu royalties required by paragraph (2) of the lease clause.

The trial court granted summary judgment for Murphy, and the plaintiffs appealed. The San Antonio Court of Appeals held that “Murphy failed to conclusively prove the Herbst well was protecting the [leased premises] against drainage by the Lucas well, and thus failed to prove as a matter of law that the Herbst well is an offset well,” and that Murphy was therefore not entitled to summary judgment. The case was remanded to the trial court.

The term “offset well” was not defined in the oil and gas lease. The court quoted the definition of offset well from Martin & Kramer’s Manual of Oil & Gas Lease Terms: a “well drilled on one tract of land to prevent the drainage of oil or gs to an adjoining tract of land, on which a well is being drilled or is already in production.”  It also cited cases supporting Martin & Kramer’s definition that an offset well is a well drilled to offset drainage from an owner’s property, to protect the property from drainage. The court concluded that “the commonly understood meaning of offset well is a well used to protect against drainage.” It then held that it was Murphy’s “summary judgment burden … to prove as a matter of law that the Herbst well was an offset well– a well that was protecting the [plaintiffs’ lease] from drainage by the Lucas well.”

The only evidence Murphy introduced in support of its motion for summary judgment was the affidavit of John McBeath, a petroleum engineer with Platt Sparks & Associates. He opined that the term “offset well” “is commonly understood within the industry as describing any well drilled on an adjacent lease or property, and that the Lucas well was an “offset well” within the meaning of the oil and gas lease. The court concluded that McBeath’s affidavit does “not conclusively answer the specific question: whether the Herbst well is an offset well–one that is protecting the [plaintiffs’ lease] against drainage by the Lucas well.” It said that, without that answer, McBeath’s affidavit is “merely speculative or conclusory.” The court reversed and remanded.