Last year KUT produced a podcast, “The Disconnect,” chronicling the February 2021 Texas freeze and blackout. KUT has now produced Part 2: “The Disconnect: Power, Politics and the Texas Blackout,” explaining what has happened since–what has been fixed, the cost in electric bills, and the aftermath–hosted by KUT reporter Mose Buchele. An excellent look at what the legislature, regulators, gas producers and generators have and have not done to prevent future system failures.

Yesterday the Texas Railroad Commission approved new regulations requiring well, gas plant and pipeline operators to winterize their facilities. Critics are skeptical they will do the job.

END_OF_DOCUMENT_TOKEN_TO_BE_REPLACED

Almost a year ago, a district court in Travis County ruled that the Texas Railroad Commission had violated Texas’ Administrative Procedure Act by issuing a well permit to Magnolia Oil & Gas after informally adopting rules for issuance of permits for allocation wells and “PSA” wells (production-sharing-agreement wells) without complying with the APA. On April 27, the Third Court of Appeals will hear oral argument in the appeal of that ruling by the Commission and Magnolia.

In addition to briefs by the parties, the court of appeals has received briefs from Texas Oil & Gas Association, Pioneer Natural Resources, and American Exploration and Production Council, all in support of the Commission’s appeal, and from Ron Beal, a professor emeritus at Baylor Law School, in support of Appellees.

The case is Railroad Commission of Texas and Magnolia Oil & Gas Operating LLC v. Elsie Opiela and Adrian Opiela, Jr., Case No. 03-21-00258-CV. Briefs can be viewed here. My firm represents the Opielas. You can read my previous post about the case here.

END_OF_DOCUMENT_TOKEN_TO_BE_REPLACED 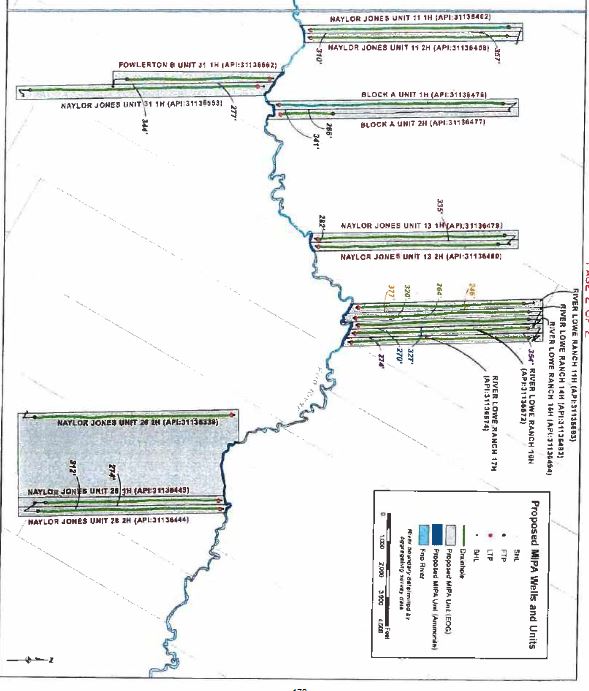 END_OF_DOCUMENT_TOKEN_TO_BE_REPLACED

In response to substantial criticism of its original proposed rule, the Texas Railroad Commission has issued a final rule, 16 TAC Sec. 3.65, relating to designation of critical natural gas infrastructure. Well owners can no longer exempt their wells’ designation as critical infrastructure simply by filing a form and paying a $150 fee. The RRC will now itself classify gas wells, pipelines, gas plants and other natural gas facilities as critical based on its own criteria, and those facilities will be required to winterize. Gas supply facilities that require electricity to operate will be “critical customers” and are required to provide information to their electric suppliers.

The RRC will initiate a rulemaking later to adopt rules on what weatherization is required.

A joint report by the North American Electric Reliability Corporation and the Federal Energy Regulatory Commission found that “87 percent of unplanned generation outages due to fuel issues were related to natural gas, predominantly related to production and processing issues, while 13 percent involved issues with other fuels such as coal or fuel oil.”

According to Doug Lewin, and Austin-based energy consultant, Texas has done “next to nothing” to weatherize its natural gas supply. “We don’t have a regulatory system in place that holds the industry accountable. That is the problem,” Lewin said. “It’s not a technology or engineering problem. It’s a regulatory problem.”

According to an article in The Texas Tribune, senators on the Senate Business and Commerce Committee were frustrated that the Railroad Commission had not done more to require natural gas producers, processors and pipelines to winterize their systems. In a committee hearing on Tuesday, they castigated Commission Executive Director Wei Wang for not moving faster. They did not seem to realize that the Commission was following the timeline set out in Senate Bill 3, passed in the last regular session to address the power loss across the state last February.

As I’ve posted, the Commission has proposed a rule requiring the gas producers, processors and pipelines to designate whether they are critical infrastructure, but the statute allows the industry to opt out of that category if they want to, a loophole that seemed to surprise and frustrate the senators. Wang pointed out that the Commission’s proposed rule mirrors the language of Senate Bill 3, which seemed not to mollify the senators, who demanded immediate action from the Commission.

The statute provides that a committee will map out the state’s energy infrastructure by September 2022, after which the Commission will have 180 days to finalize weatherization rules, a timeline the senators also criticized.  As the Texas Tribune reported, “Energy experts said lawmakers have themselves to blame if they wanted the state’s natural gas infrastructure, which sends fuel to many of Texas’ largest power plants, to be weatherized quickly — or at all. ‘The Legislature left this loophole open,’ said Doug Lewin, an Austin-based energy and climate consultant.”

END_OF_DOCUMENT_TOKEN_TO_BE_REPLACED

Commission Shift, a non-profit advocacy organization formed “to hold the Railroad Commission of Texas accountable to its mission,” has issued a detailed report on conflicts of interest policies at the Texas Railroad Commission and the need for reform. The report examines Commissioner Christi Craddick’s ties to the industry regulated by the RRC. Future reports will focus on the other Commissioners.

Commission Shift previously issued a critique of the RRC’s annual monitoring and enforcement plan for FY 2022, and a report on the growing orphan well problem in Texas, “Unplugged and Abandoned.” House Bill 3973, passed in the last regular legislative session, created a committee to study abandoned wells.