END_OF_DOCUMENT_TOKEN_TO_BE_REPLACED

A friend alerted me to a new organization formed to promote geothermal energy, The Texas Geothermal Energy Alliance (TxGEA). TxGEA is an interdisciplinary group of entities engaged in geothermal resource exploration, drilling, construction and production, for producing electricity from geothermal resources. Membership includes:

END_OF_DOCUMENT_TOKEN_TO_BE_REPLACED

The royalties to be paid be Lessee are: … on gas, including casinghead gas or other gaseous substance, produced from said land and sold or used off the premises or in the manufacture of gasoline or other product therefrom, the market value at the well of one-eighth of the gas so sold or used ..

END_OF_DOCUMENT_TOKEN_TO_BE_REPLACED 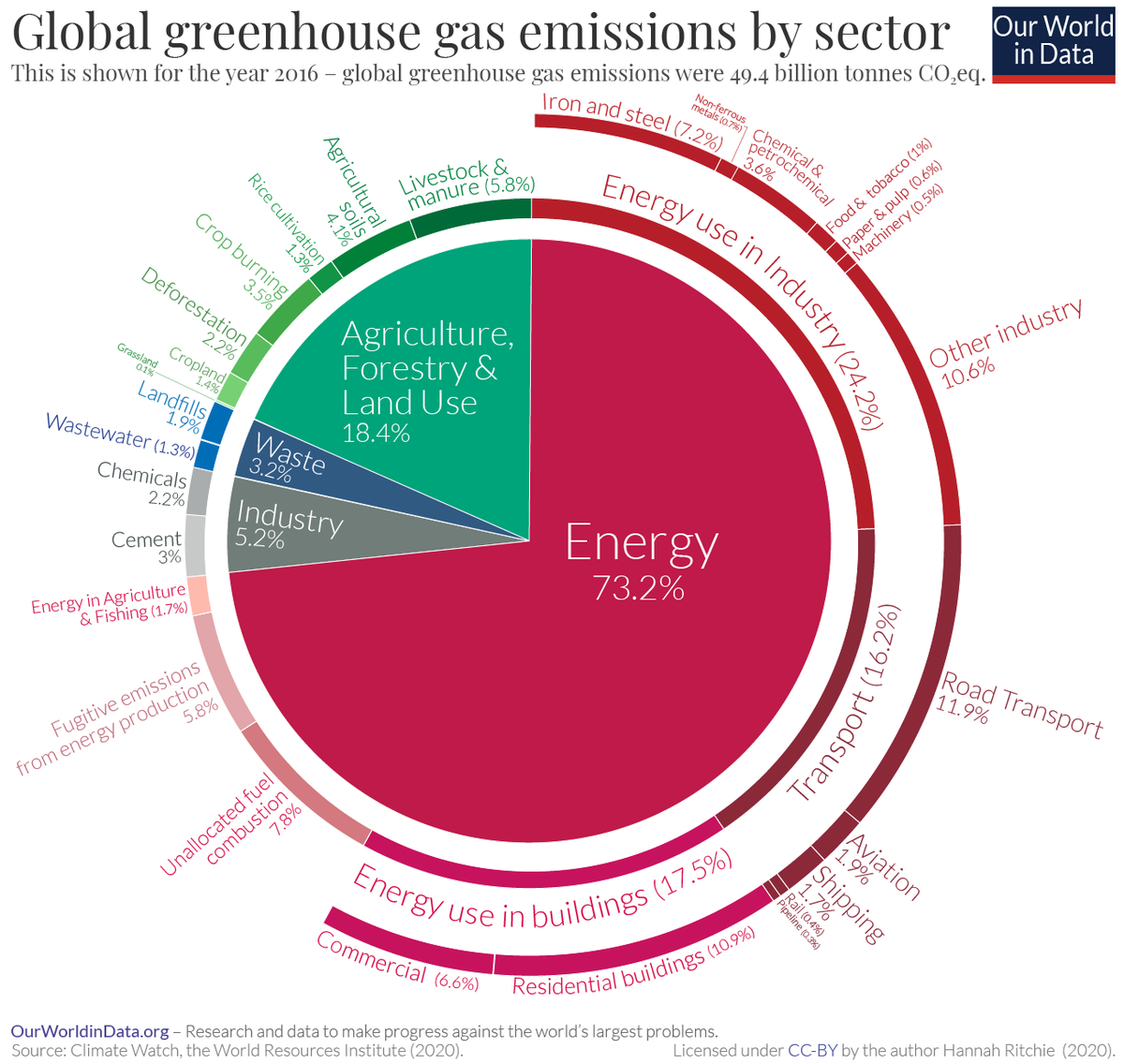 In response to substantial criticism of its original proposed rule, the Texas Railroad Commission has issued a final rule, 16 TAC Sec. 3.65, relating to designation of critical natural gas infrastructure. Well owners can no longer exempt their wells’ designation as critical infrastructure simply by filing a form and paying a $150 fee. The RRC will now itself classify gas wells, pipelines, gas plants and other natural gas facilities as critical based on its own criteria, and those facilities will be required to winterize. Gas supply facilities that require electricity to operate will be “critical customers” and are required to provide information to their electric suppliers.

The RRC will initiate a rulemaking later to adopt rules on what weatherization is required.

From Visual Capitalist (click to enlarge): Note that the US has twice the CO2 emissions per capita of China. 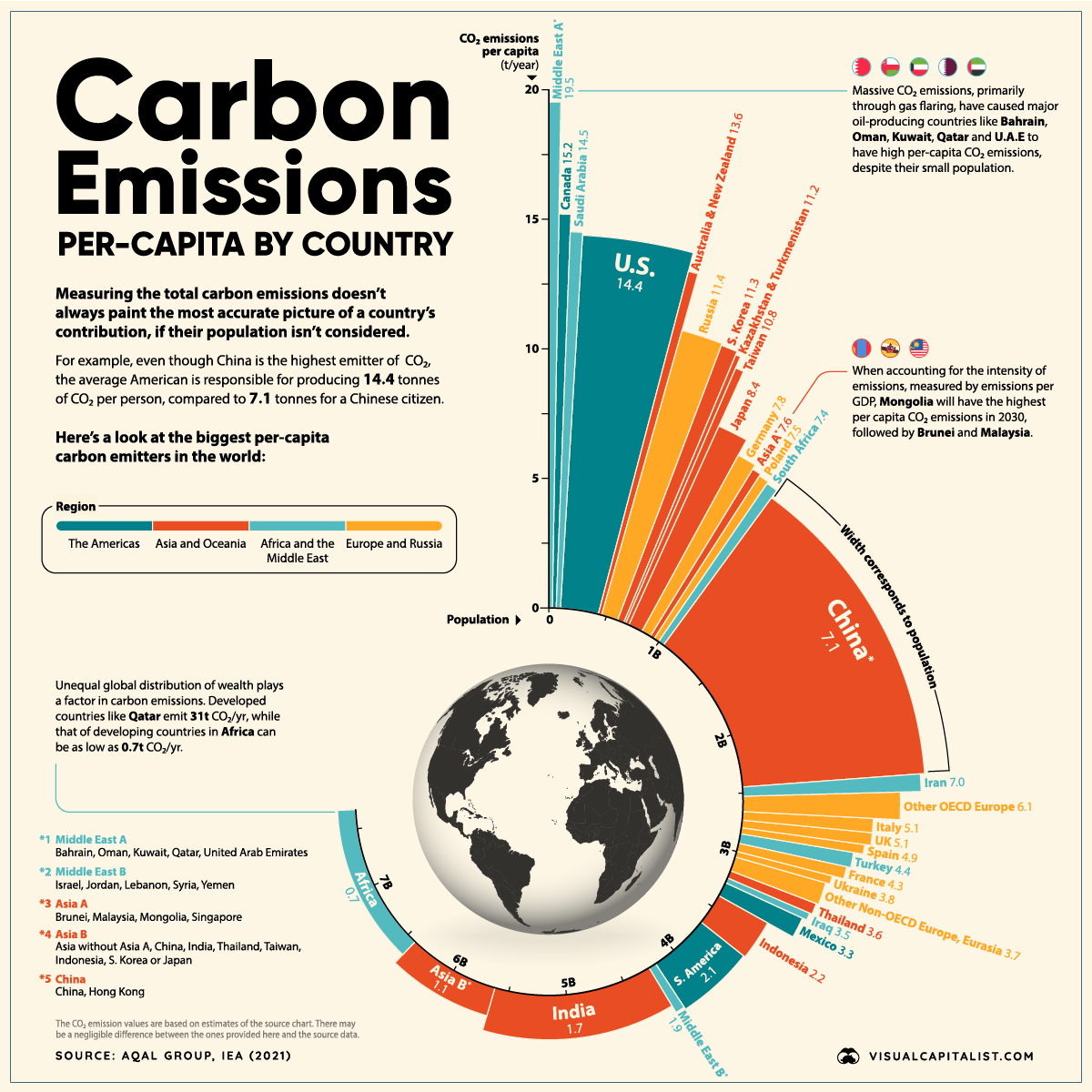 A joint report by the North American Electric Reliability Corporation and the Federal Energy Regulatory Commission found that “87 percent of unplanned generation outages due to fuel issues were related to natural gas, predominantly related to production and processing issues, while 13 percent involved issues with other fuels such as coal or fuel oil.”

According to Doug Lewin, and Austin-based energy consultant, Texas has done “next to nothing” to weatherize its natural gas supply. “We don’t have a regulatory system in place that holds the industry accountable. That is the problem,” Lewin said. “It’s not a technology or engineering problem. It’s a regulatory problem.”

Today the Texas Supreme Court denied review of the El Paso Court of Appeals’ opinion in Lyle v. Midway Solar. I discussed the Court of Appeals’ opinion in a prior post. In brief, mineral owners sued a solar farm developer for constructing a solar farm on land under which they owed minerals, complaining that the solar developer had made no accommodation for mineral development. The Court of Appeals held that the mineral owners’ suit was premature because the minerals were unleased and there were no current plans for mineral development. Their suit was dismissed without prejudice.

If the Lyles exercise their right [to use the surface] as part of developing the minerals, Midway must yield to the degree mandated by the application of the accommodation doctrine. But if the Lyles are not exercising their right, there is nothing to be accommodated. Stated otherwise, until the Lyles seek to develop their minerals, Midway owes no duty to the Lyles respecting the surface usage. Were it otherwise a mineral owners who undertakes no efforts to develop the mineral estate could claim damages from any surface activities that might hinder—at some point in the future—the exploration for oil and gas.

In all the recent debate about developing alternatives to carbon fuels and China’s continued dependence on coal, it is remarkable to see how far China is ahead of the rest of the world in developing solar power for electric generation. (click on image to enlarge)

Scott Tinker says “The Road to Glasgow is Paved with Bad Assumptions.” No one knows more about the economics of climate change than Scott Tinker.