The fallout from the Texas Freeze in February 2021 continues. A year later, UT’s Austin Energy Institute concluded that multiple failures of power plants, gas processing plants, gas storage and distribution facilities, and gas production all contributed to the system failures. ERCOT management was fired; natural gas prices spiked to more than $400/MMBtu; politicians blamed wind and solar generation; the legislature passed legislation requiring the Public Utility Commission and the Railroad Commission to strengthen weatherization requirements for production, processing and generation facilities and has since criticized those agencies for failing to fix the problem. ERCOT drastically raised electricity prices during the storm, resulting in multiple bankruptcies. The legislature provided for securitization of about $7 billion in private losses caused by the storm, so those losses are spread over the next twenty years in customer rate increases. Expect new legislation in the upcoming session.

END_OF_DOCUMENT_TOKEN_TO_BE_REPLACED

“Electric power markets in the United States are undergoing significant structural change that we believe, based on planning data we collect, will result in the installation of the ability of large-scale battery storage to contribute 10,000 megawatts to the grid between 2021 and 2023—10 times the capacity in 2019.”

EIA Report “Battery Storage in the United States: An Update on Market Trends.”

END_OF_DOCUMENT_TOKEN_TO_BE_REPLACED

From the Houston Chronicle:

This makes absolutely no economic sense to me. 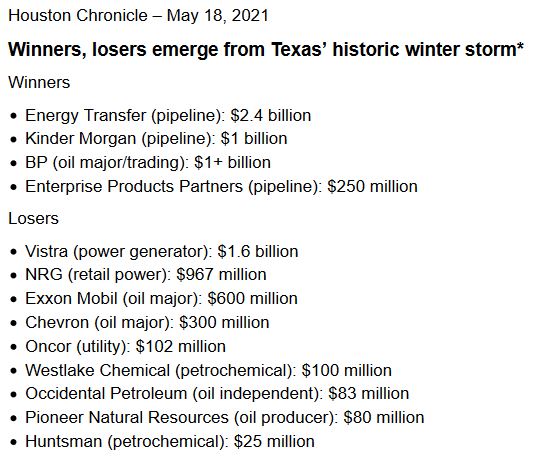 Link here to Texas Tribune article. Not a good idea. ERCOT definitely made some mistakes in the freeze, but it had no authority to require generators to winterize.  Everyone is still pointing the finger at everyone else. Another Texas Tribune article: the legislature is now considering creating a $2 billion taxpayer-funded account for those improvements.

The following article appeared today in The Texas Tribune:

END_OF_DOCUMENT_TOKEN_TO_BE_REPLACED

Here’s a great visual from visualcapitalist.com (click on image to enlarge): 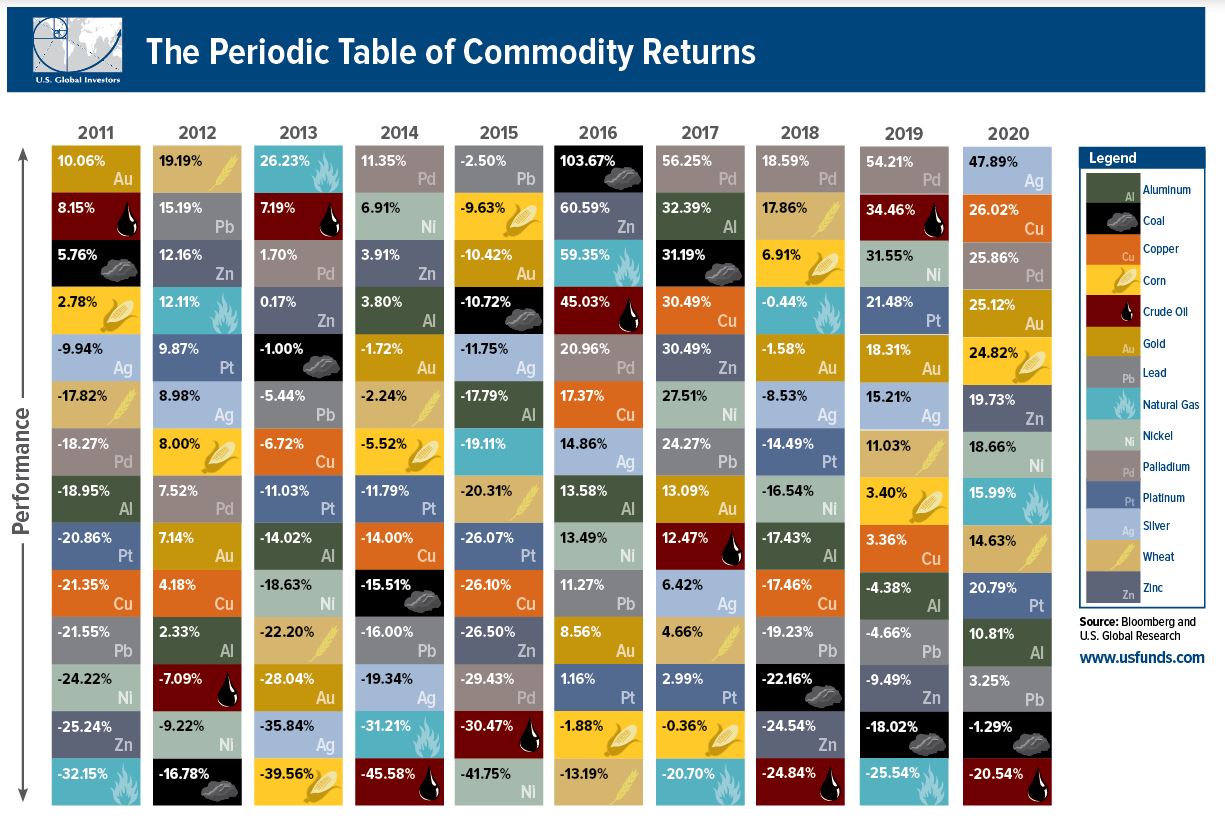