In a case of first impression, the Texas Supreme Court has held that the same land can be included in two pooled units, and that the lessee must pay royalties on the same well to the royalty owners in both pooled units. Samson Exploration v. T.S. Reed Properties, Inc., 2017 WL 2713047 June 23, 2017).

Samson created two pooled units, the Joyce DuJay No. 1 Gas Unit and the Joyce DuJay A No. 1 Gas Unit. The boundaries of the two units largely overlapped, but the A No. 1 Gas Unit also included a lease from T.S. Reed Properties, not included in the No. 1 Gas Unit. The two units also overlapped as to the designated depths pooled, and one of the wells located on the two units was located on lands included in both units and produced from the overlapping depth. Samson was thus faced with the possibility of paying royalties on production from that well to the royalty owners in both units. It refused to pay royalties to T.S. Reed Properties, contending that the second pooled unit was invalid.

Samson argued that it could not be required to pay royalties on both units because pooling requires cross-conveyancing of the royalties among the tracts included in the unit, and “it is impossible to cross-convey the same pooled lands, substances, and depths twice at the same time.”

The court, without much discussion, dismissed Samson’s argument:

In Texas, the cross-conveyancing theory originated as a theory of contractual intent in the context of joint or community leases. Though we have never expressly considered whether cross-conveyance of title may be contractually disclaimed, we have observed that mineral owners may “protect [] their estates by express stipulation.” Under the law in Texas, pooling implicates both contract and property law– authority to pool emanates from contract but pooling agreements give rise to interests in realty. The cross-conveyance theory of title can be critical, even “outcome determinative” as to some issues, such as venue, but Samson’s argument in this case is a theoretical construct that holds no water. Considering the pertinent authority, we discern no impediment to enforcing Samson’s obligations in this case under a contract theory even if the pooling designation failed to effect a conveyance of title. The other issues the parties raise are interesting, but ultimately immaterial to the narrow issue presented.

Samson also argued that, if it is required to pay royalty to T.S. Reed Properties, it should be able to reduce the royalties payable to the other royalty interest owners in the well. It argued that enforcing its obligation to pay “has the practical effect of enlarging the [original pooled] unit.” The court disagreed and held that “Samson must bear its contractual obligation to pay royalties out of its working interest rather than seeking reimbursement from” the other royalty owners. The court quoted with approval from Howell v. Union Producing Co., 392 F.2d 95, 115 (5th Cir. 1968):

Freeing pooling from the concept of cross-conveyancing and relegating it solely to the law of contract presents interesting possibilities.  For example, by agreement a pooled unit could be limited to a particular well. Overlapping of pooled units could be done intentionally, to facilitate horizontal drilling. Consider the following example: 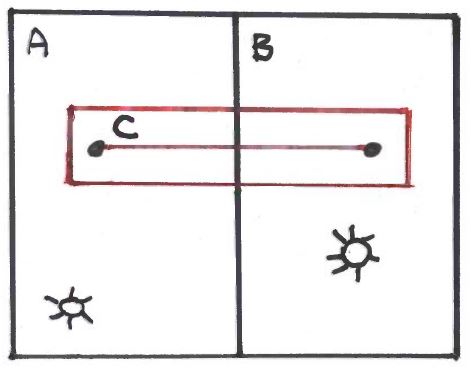 Operator created two pooled units, A and B, for two vertical gas wells completed in the Wolfcamp formation. Operator now wants to drill a horizontal Wolfcamp well that crosses both units. So operator forms Unit C, encompassing portions of the lands from Units A and B. One-half of the acreage in Unit C is from Unit A, and one-half from Unit B.

Traditional pooling clauses do not adequately address these possibilities.

I have advocated that pooling should be a matter of contractual agreement among the parties. Samson v. T.S. Reed Properties is a step in the right direction, but all parties should be careful to understand the consequences of their agreements.