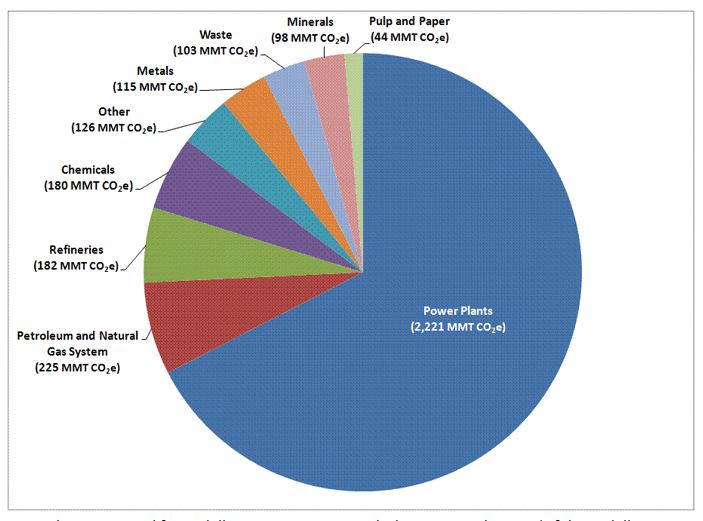 EPA’s estimate of total U.S. greenhouse gas emissions from all sources (including, for example, vehicles and house furnaces) for 2011 is 6.822 billion metric tons CO2e.

Here is EPA’s summary of greenhouse gases from petroleum and natural gas systems in the U.S.: 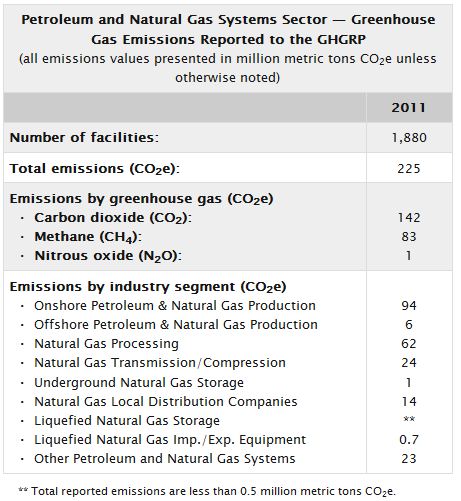 Here is a breakdown by percentage of total: 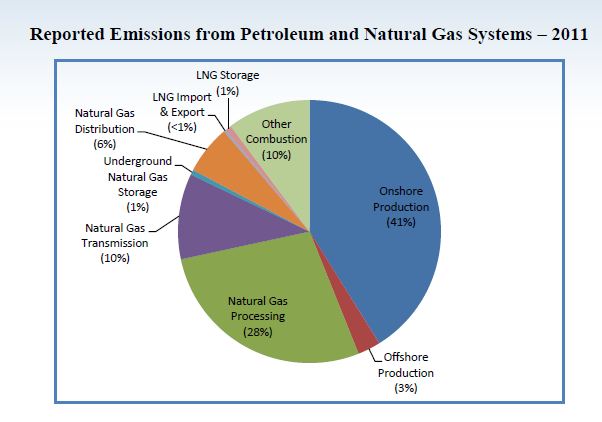 “Petroleum and Natural Gas Systems” includes the entire path of oil and gas from production through distribution: 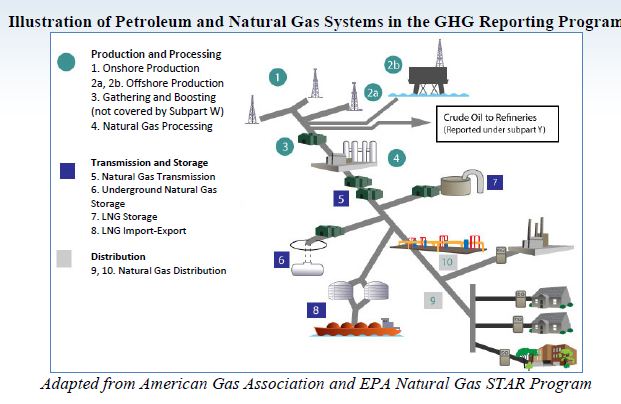