I have generally tried to avoid using this platform to promote or brag on my law firm. But every rule should have its exceptions, and I want to brag about Graves Dougherty’s representation of the Friends of Lydia Ann Channel. Lydia Ann Channel is a feature on the Texas Gulf Coast near Port Aransas, a fishing and recreation community dear to many Texans’ hearts.  Below is a shot from Google Earth showing the channel. (click to enlarge) 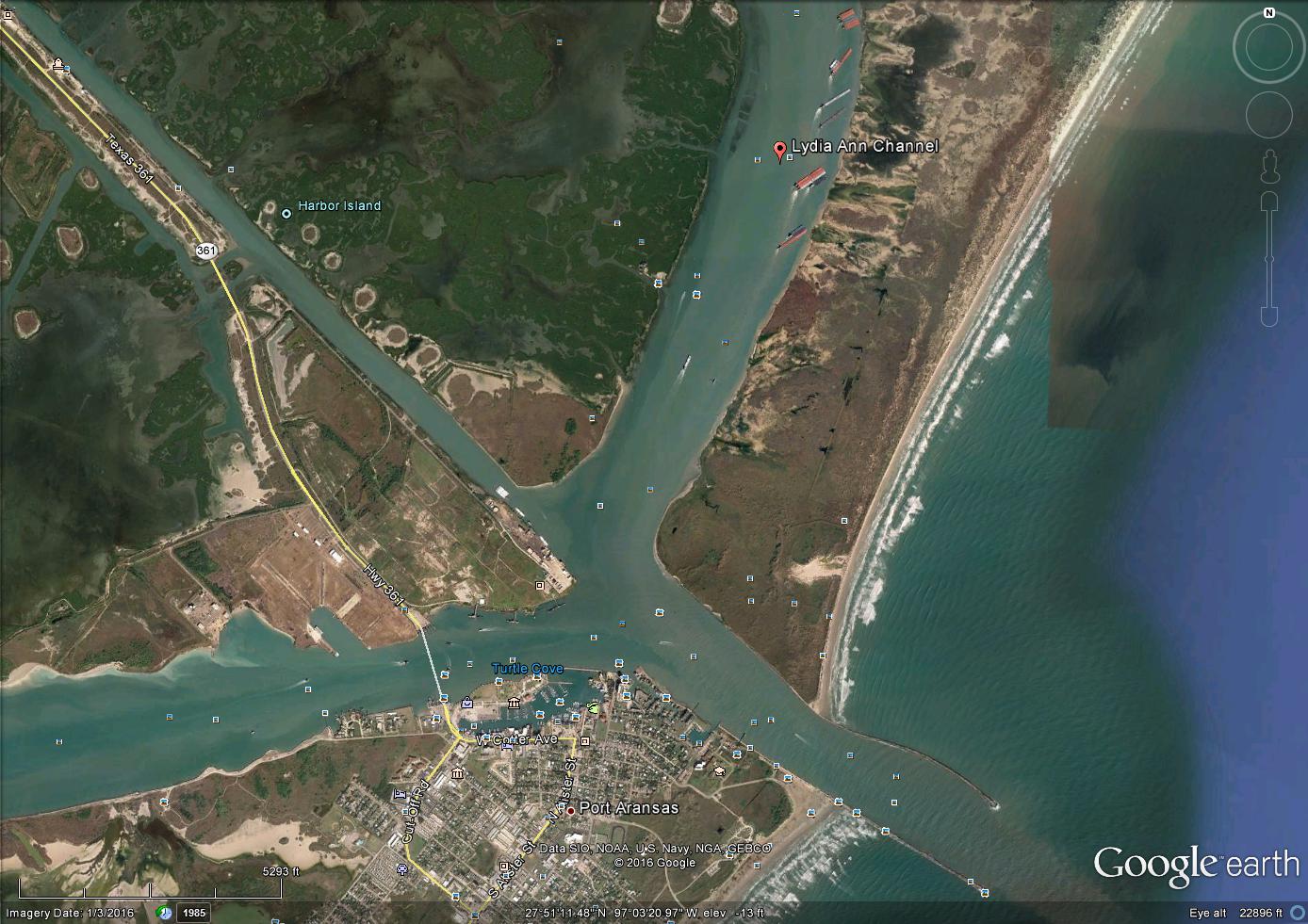 The Friends of Lydia Ann Channel are a group of environmentally conscious citizens who are seeking to cancel a permit granted by the Corps of Engineers for installation of a facility allowing barges to be moored in the channel. With our firm as counsel, the Friends sued  to require the Corps to revoke the permit, remove the barge moorings and restore the affected habitat along the channel. The facility is essentially a mile and a half parking lot for mooring of up to 200 barges that carry oil, chemicals and hazardous cargo. 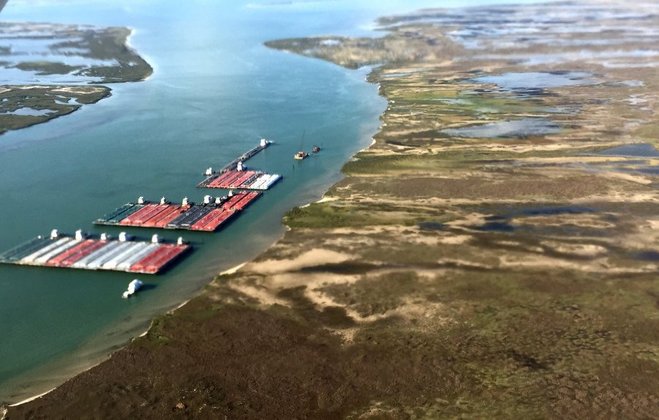 The Friends allege that the permit was granted without the necessary environmental reviews, and that the facility risks harm to the environmental, recreational, historical and archeological environment of the channel. The area is home to eight federally listed threatened or endangered species, including the whooping crane and sea turtles.

After suit was filed, on March 23 the Corps wrote the operator of the facility that the project is not in compliance with its permit and suspended the permit. This starts a re-evaluation process that could result in revocation of the permit. At a hearing on March 30, attorneys for the Friends sought permission to obtain discovery of records from the Corps on the original permit granting process; the Corps opposed discovery, arguing that further proceedings in the case should be stayed while the Corps re-evaluates the permit. The judge, federal Judge Jack in Corpus Christi, allowed discovery to proceed. Judge Jack said it was “shocking” that there was little or no science or public input before the permit was granted and that the public deserved to know how the permitting process was used.

The case is far from over, but the ruling on discovery is an important milestone, brought about by a talented team of Graves Dougherty lawyers led by David Smith. Good work on a good cause. The case is set for trial in February 2017.