Range Resources’ battle with the Lipskys and Alisa Rich continues, now in a confusing appeal of the trial court’s order denying the Lipskys’ and Rich’s motion to throw out Range’s counterclaim under the Texas law prohibiting so-called Strategic Lawsuits Against Public Participation, or SLAPPs.  http://www.star-telegram.com/2013/04/02/4745433/appeals-judges-return-range-suit.html

Earthquakes caused by disposal wells continue to make the news.

The huge trial to determine liability for the 2010 Gulf of Mexico oil spill continues. The judge threw out all claims against Cameron, the maker of the blowout preventer on the well, finding no evidence to support any claim against it. http://fuelfix.com/blog/2013/04/03/gulf-oil-spill-judge-throws-out-remaining-claims-against-cameron/

Here is a good article from the Washington Post explaining the facts and politics of the Keystone Pipeline.  http://www.washingtonpost.com/blogs/the-fix/wp/2013/04/03/the-keystone-xl-pipeline-and-its-politics-explained/

A coalition of exploration companies and environmental organizations has created a new orgainzation and published performance standards for drilling and fracturing horizontal wells in the Marcellus. The new organization, the Center for Sustainable Shale Development, includs as partners the Environmental Defense Fund, Chevron, the Clean Air Task Force, Consol Energy, Shell, the Pennsylvania Environmental Council, and others. The Center’s website is http://037186e.netsolhost.com/site/.  Its new performance standards are here:  http://037186e.netsolhost.com/site/wp-content/uploads/2013/03/CSSD-Performance-Standards-3-27-GPX.pdf  They include best practices for protecting water resources and eliminating use of fresh groundwater and surface waters in hydraulic fracturing; recycling of flowback and produced water; use of closed-loop systems for drilling fluids; best practices for casing and cementing of wells; reduction of venting or flaring of gases in the drilling process; emissions standards for pumps and motors used in drilling. Other companies are being encouraged to sign onto the goals of the standards.  See http://www.forbes.com/sites/raphaelbostic/2013/04/04/the-marcellus-agreement-please-frack-responsibly/

There are increasing complaints about air quality in the Eagle Ford.

And confusion reigns among Texas groundwater districts about if and how to regulate groundwater pumping for frac water.

The Top Five Facts Everyone Should Know About Oil Exploration

Another good article from Forbes:  http://www.forbes.com/sites/quora/2013/04/03/what-are-the-top-five-facts-everyone-should-know-about-oil-exploration/  Did you know that about 40% of all seaborne cargo is oil? Also see http://www.instituteforenergyresearch.org/2010/02/16/a-primer-on-energy-and-the-economy-energys-large-share-of-the-economy-requires-caution-in-determining-policies-that-affect-it/ 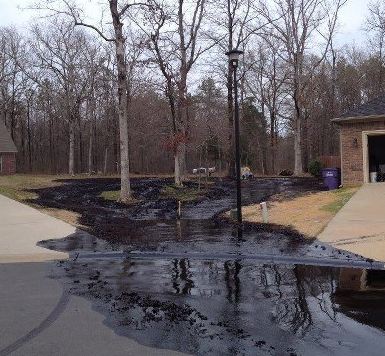 Chesapeake seems to be trying to get out of its debt problem by refusing to pay royalty owners what they are owed.

Commissioners at the Texas Railroad Commission seem to have problems getting along with each other. http://stateimpact.npr.org/texas/2013/03/26/bickering-erupts-among-texas-oil-regulators/ But they did pass new rules intended to make it easier for companies to recycle frac water. http://www.bizjournals.com/dallas/news/2013/03/27/company-that-recycles-fracking-water.html?ana=twt