The authors posit that price swings will be shorter and less predictable – what the article calls “low-grade volatility” – because of shale producers’ ability to quickly ramp up production when prices rise, and that rapidly developing technology and improved drilling and completion techniques have reduced the cost of producing a barrel of crude below $40. The rapid decline curves of shale wells mean that wells must be drilled constantly to replace dwindling reserves. According to the article, the world’s growing appetite for oil means that shale oil reserves in the US will likely provide only 10 years’ supply of oil rather than 50, as commonly predicted. Although shale oil reserves exist all over the globe, investments in the infrastructure necessary to develop those reserves will take time.

So our addiction to hydrocarbons will probably continue for some time, with the attendant effect on climate.

Speaking of climate, I ran across another article in Bloomberg asking “How Green is Your Electric Car?”  The electricity used in EVs has to be generated, and much of that electricity is generated by hydrocarbon fuels.  So it depends on where you live: 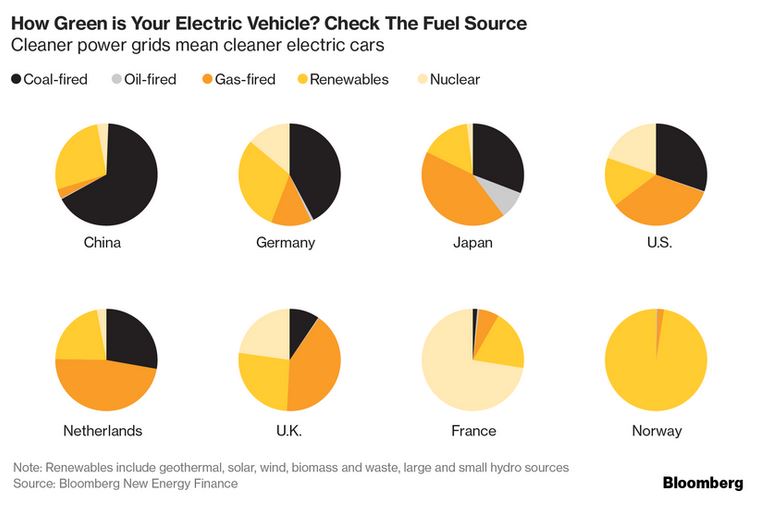 In the US, a gasoline-powered vehicle emits an average of 248.5 grams of CO2 per mile and the average EV emits 147.5 grams per mile, taking into account emissions from the plants that generate its electricity supply. But in France, which gets its a large portion of its electricity from nuclear power plants, EVs account for only 2.7 grams of CO2 per mile. So if your goal is to limit CO2 emissions, go nuclear.