Katmai National Park on the Alaska Peninsula is the most remote of our national parks, accessible only by boat or plane. It is also prime habitat for bears. 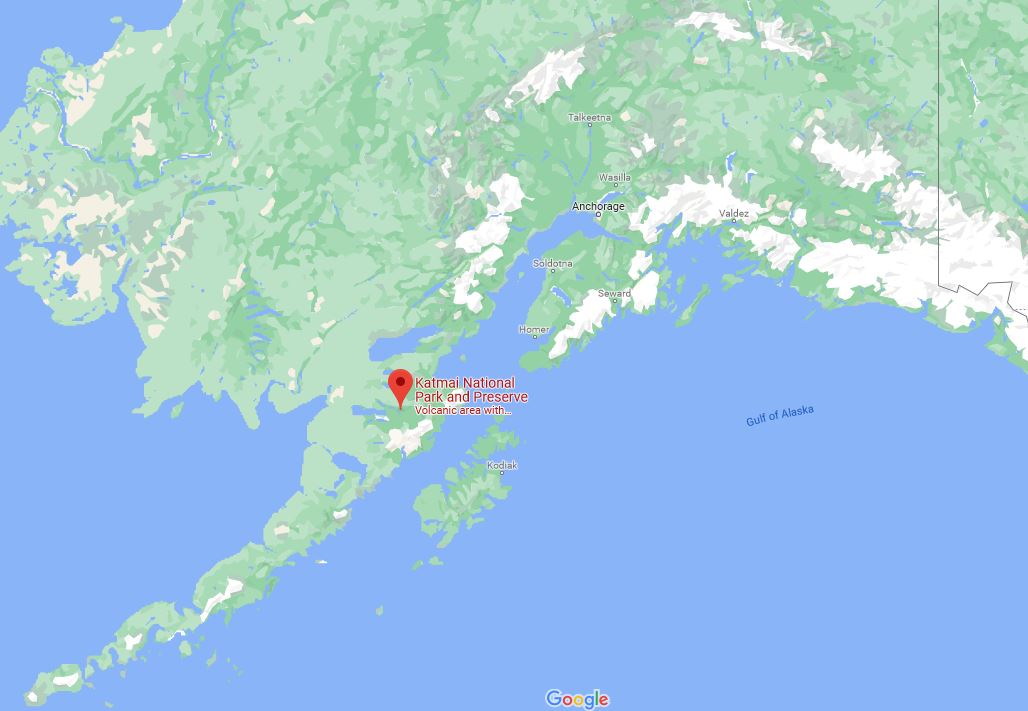 Fat Bear Week is September 29 through Tuesday, October 5. The bears in Katmai are fishing for salmon to fatten up for the winter, and this week the are at their most rotund. Rangers create a bracket pitting indivudual bears against each other for the honor of being named champion Fat Bear, and the public then votes. Last year’s winner was the bear identified as 747, weighing in at 1400 pounds.

You can see the contestants and vote here: https://explore.org/fat-bear-week. Here is the bracket (click to enlarge): 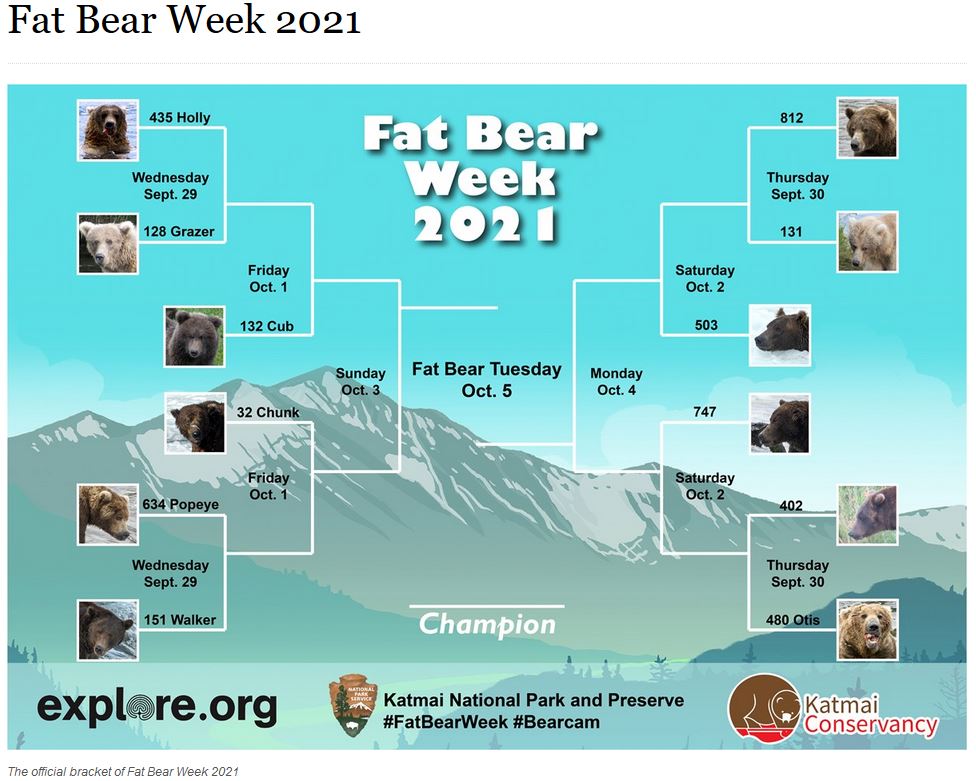 You can get before-and-after photos of the contestants, along with their biographies, here.  You can also watch live cams of bears feasting on Katmai’s website, here.

So GET OUT AND VOTE!