Texans for Public Justice, www.tpj.org, issued its report on 2012 Election Cycle Spending by Texas political action committees.  You can see it here. Some highlights:

Of the $70 million spent by Texas business PACs in 2011-12, $11.9 million, or 9%, was spent by PACs devoted to energy and natural resources issues/candidates. Here are the top spenders: 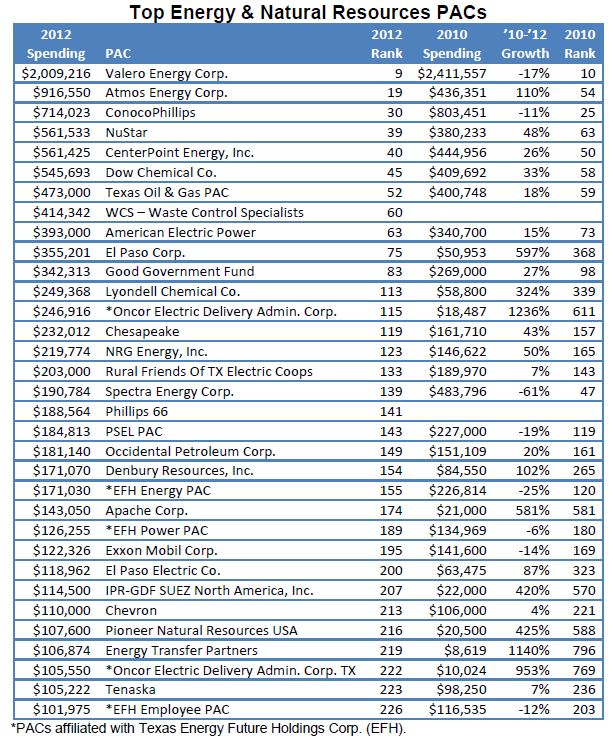 The above figures represent spending by these PACs both in-state and out-of-state.

Energy Future Holdings is the successor to TXU Corp., acquired by EFH in a $45 billion leveraged buyout. EFH, now threatened with bankruptcy, is one of the state’s largest electricity generators. The five EFH PACs spent more than $750,000.

Valero Energy’s PAC spent $729,000 of its $2 million in Texas and was a larger supporter of Senator Ted Cruz. ConocoPhillips’ PAC spent $221,000 in Texas and gave large sums to Texas Railroad Commissioners. 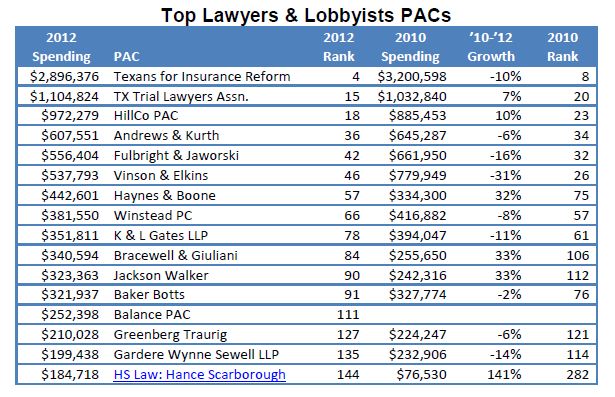 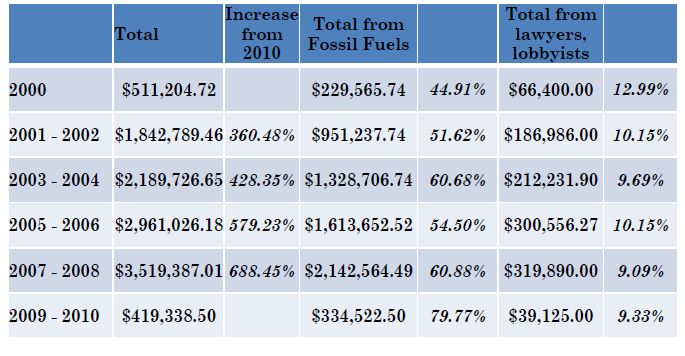 Contributions to sitting commissioners increased substantially in 2006 and 2008 election cycles: 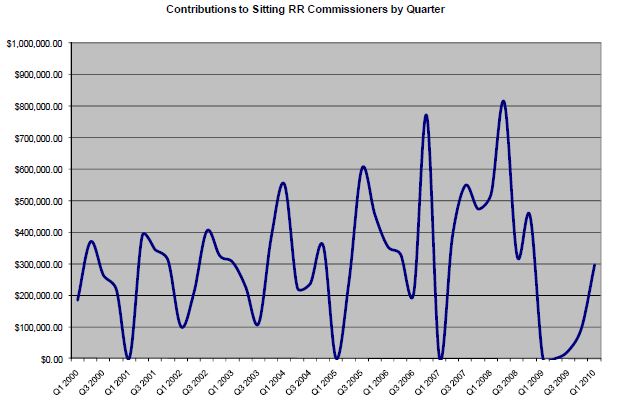