The University of Texas’ Burear of Economic Geology has issued a draft report updating an earlier report on water use by the oil and gas industry in Texas. Among its conclusions: Movement of shale plays into oil-rich areas of the Eagle Ford and West Texas’s Permian Basin have resulted in increased use of brackish water for frac’ing, improvement in reuse technologies, and lower fresh water consumption, but also more demand on groundwater in regions of South and West Texas.

In the Eagle Ford, although the number of wells completed has increased rapidly, the intensity of water us (gallons per foot of completed interval) has decreased almost in half in four years. The report attributes this decreas in intensity to higher use of “gel” fracs that can carry proppant with much less water. Water use is significantly higher in the down-dip gas window of the play (as high as 1400 gal/ft) vs. the oil window (800 gal/ft). Here are graphs from the draft report about the Eagle Ford’s water use: 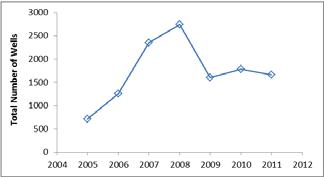 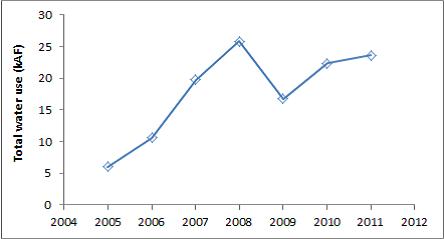 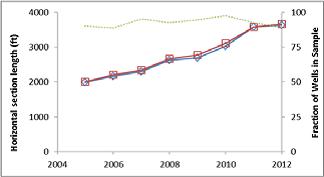 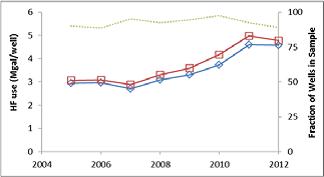 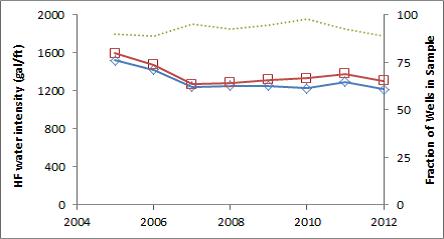 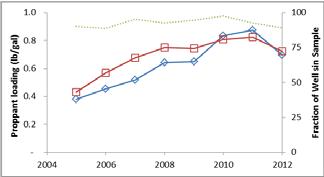 Here are some other interesting statistics and projections from the draft report:

Estimated percentages of recycling / reused and brackish water use in principal areas in 2011: 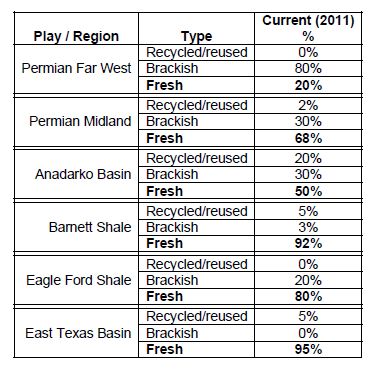 Estimated groundwater / surface water split (does not include recycling / reuse):

Summary of projected water use by mining industry in Texas: 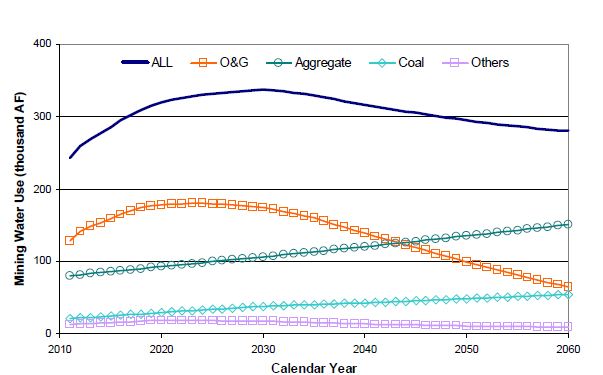 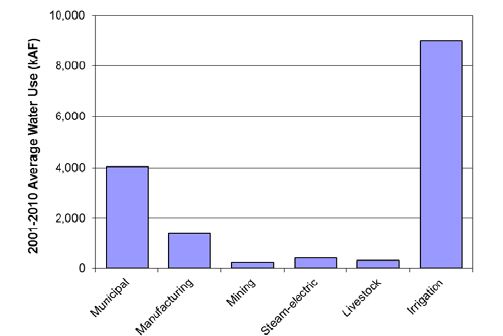