We’ve seen much posturing and finger-pointing from politicians on who is to blame for power failures during Winter Storm Uri last February. UT’s Austin Energy Institute has issued a report: The timeline and Events of the February 2021 Texas Electric Grid Blackouts, laying out the facts on what happened. The POWER Committee of the Austin Energy Institute, chaired by Dr. Carey King, issued this report. Dr. King does research related to how energy systems interact within the economy and environment, and how policy and social systems can made decisions and trade-offs among competing factors. The report clarifies how much the reduction in natural gas supply contributed to the disaster.

Summary from the report:

Factors contributing to the electricity blackouts of February 15-18, 2021, include the following: 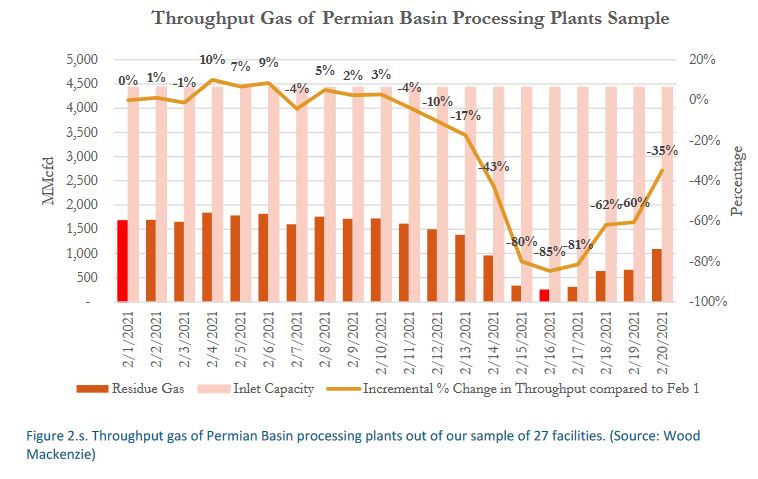 The ERCOT system operator managed to avoid a catastrophic failure of the electric grid despite the loss of almost half of its generation capacity, including some black start units that would have been needed to jump-start the grid had it gone into a complete collapse. Some power plants experienced multiple outages and may be included in more than one category.

Had one or more of the problems listed above not occurred, outages might still have occurred, but their duration and severity would likely have been lower. The magnitude of the failures caused unprecedented impacts: