Osler McCarthy, the Staff Attorney for Public Information at the Texas Supreme Court, sends out an email to subscribers each time the Court issues opinions or orders. The email summarizes the facts and opinions of cases decided by the Court. It also includes a section called “Returning to Yesteryear” in which Osler lists historical events that happened on the date of his email.  They are fascinating. Here’s an example:

On this day in 1862, noted by the Texas State Historical Association, Confederate soldiers attacked a force of Hill Country Unionists, most of them German, beside the Nueces River in Kinney County in what is known as the Battle of the Nueces. Nineteen Unionists were killed. The next day the Confederates executed eight who were wounded. Another eight were killed in October as they tried to cross the Mexican border. A marker in Comfort commemorating the battle is the only Civil War monument in the German language where the remains of those killed in battle are buried in the South.

I had never heard of this battle or monument, so I looked it up. 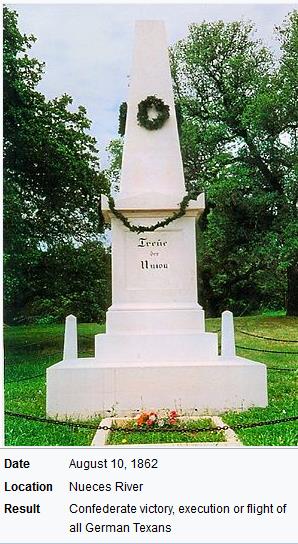 According to Wikipedia’s entry on this battle, in fact the Germans were seeking to flee to Union-controlled New Orleans and were hunted down and massacred by Union soldiers.

Germans in the Texas hill country generally supported the Union. When the Confederacy passed a law establishing a draft, Germans openly opposed it. A Confederate Captain Duff arrested and executed two Germans in Gillespie County. So sixty-one German Texans decided to depart for New Orleans via Mexico. Lieutenant Colin McRae and ninety-six men pursued and attacked them at the Nueces River in Kinney County. According to some historians, nineteen Germans died in the assault; Confederate soldiers killed nine badly-wounded Germans and pursued nine more to the Rio Grande where they were also killed.  Other Germans who survived the battle fled to Mexico or California, or joined Union Forces in New Orleans as part of the Union First Texas Cavalry.

After I posted this entry, a friend sent me this: 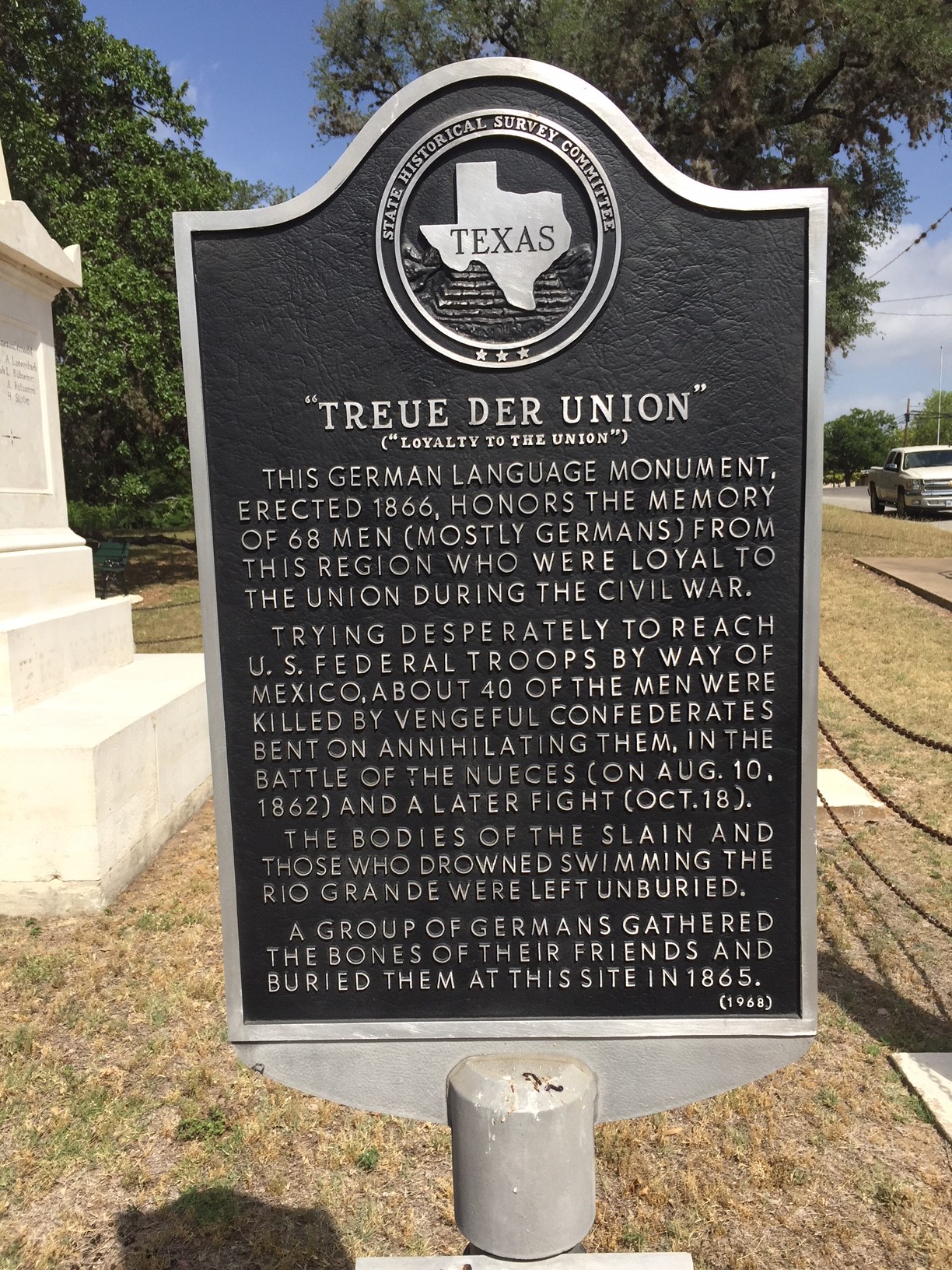