Jarndyce v. Jarndyce is a fictional court case in Charles Dickens’ Bleak House, an interminable suit over a large inheritance.  The case itself is a principal character in the book. Dickens wrote in Bleak House:

Jarndyce and Jarndyce drones on. This scarecrow of a suit has, over the course of time, become so complicated, that no man alive knows what it means. The parties to it understand it least; but it has been observed that no two Chancery lawyers can talk about it for five minutes without coming to a total disagreement as to all the premises. Innumerable children have been born into the cause; innumerable young people have married into it; innumerable old people have died out of it. Scores of persons have deliriously found themselves made parties in Jarndyce and Jarndyce without knowing how or why; whole families have inherited legendary hatreds with the suit. The little plaintiff or defendant, who was promised a new rocking-horse when Jarndyce and Jarndyce should be settled, has grown up, possessed himself of a real horse, and trotted away into the other world. Fair wards of court have faded into mothers and grandmothers; a long procession of Chancellors has come in and gone out.

A recent case filed in the Texas Supreme Court, In re: Occidental Chemical Corporation, et al., No. 18-0660, reminded me of Jarndyce.  The origin of the case is a dispute between San Patricio County and Nueces County over the boundary between them, which began in 1972, when San Patricio County sued Nueces County in Refugio County to establish their common boundary. (The Texas legislature, in its wisdom, enacted a statute requiring boundary suits between counties to be filed an an adjacent county, so as to avoid possible prejudice by judges in either of the warring counties.)  Two rulings were made by the district court in Refugio County, one on May 31, 1989 (not a typo), and one on April 11, 2003. The court established the boundary between the two counties at the shoreline of San Patricio County, and the court held that “past and future natural and artificial modifications to the shoreline of San Patricio County shall form a part of San Patricio County.”  Those judgments became final. Case finally resolved, right?

In the meantime, both counties continue to tax the piers. The Occidental suit just filed is brought by Oxy, the owner of two of the piers. It has been paying millions of dollars in property taxes, under protest, to both counties.  Its suit in the Supreme Court is an original mandamus proceeding asking the Supreme Court to rule on whether the piers are in San Patricio or Nueces County. It doesn’t care which – just make a decision.  Here’s a picture of one of Oxy’s piers (click on image to enlarge). Last week the Supreme Court agreed to hear argument in the case. 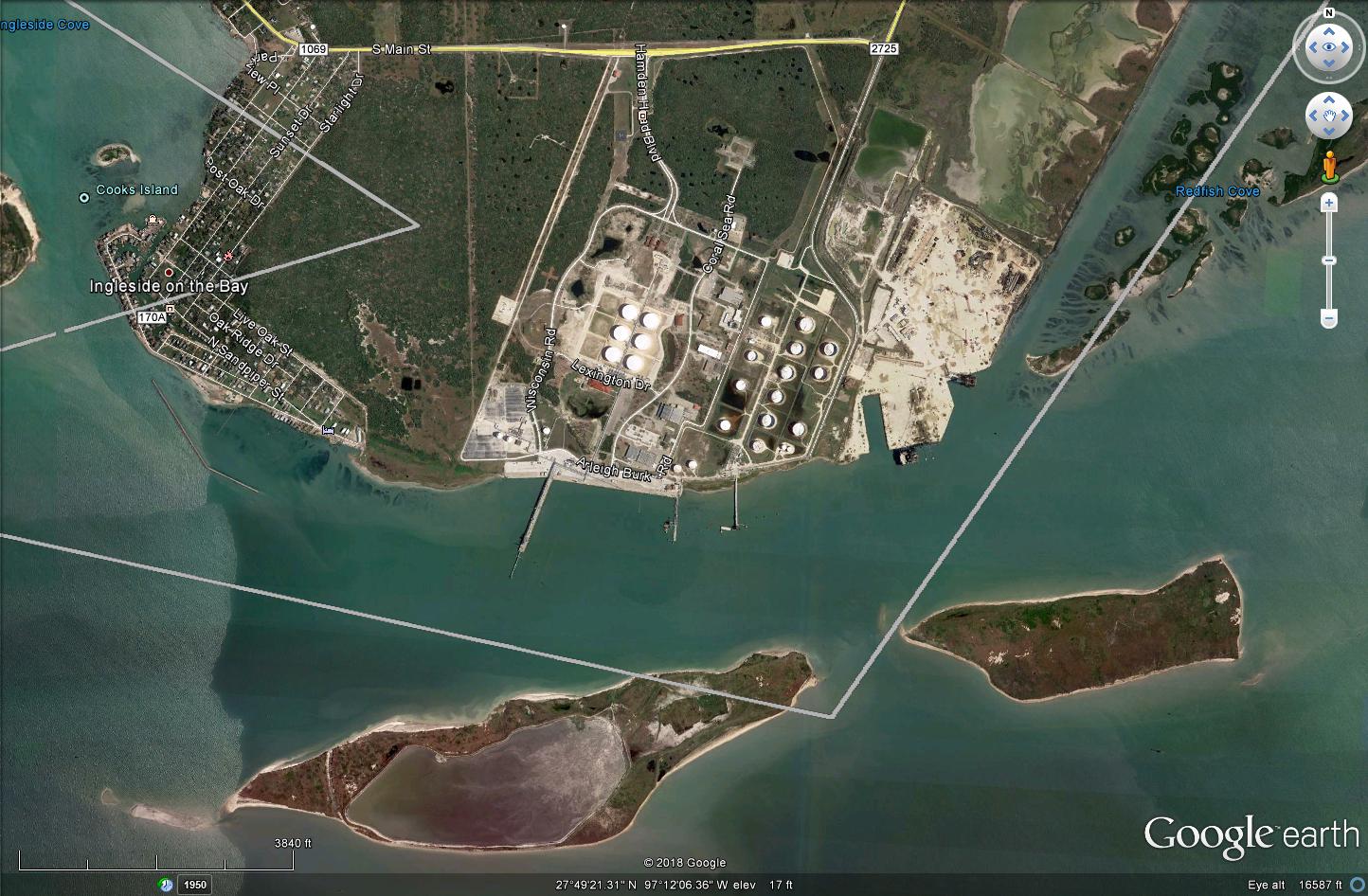