I recently have learned of a suit brought by landowners against EOG Resources involving “allocation wells,” of which I have written before. The case is Spartan Texas Six Capital Partners, Ltd., Spartan Texas Six-Celina, Ltd., and Dion Menser v. EOG Resources, Inc., Cause No. 2011-27476, in the 11th Judicial District Court of Harris County.  Although the case is in Harris County, it involves wells drilled by EOG in Montague County. The EOG wells are shown on the sketch below; the plaintiffs’ tract is in yellow: 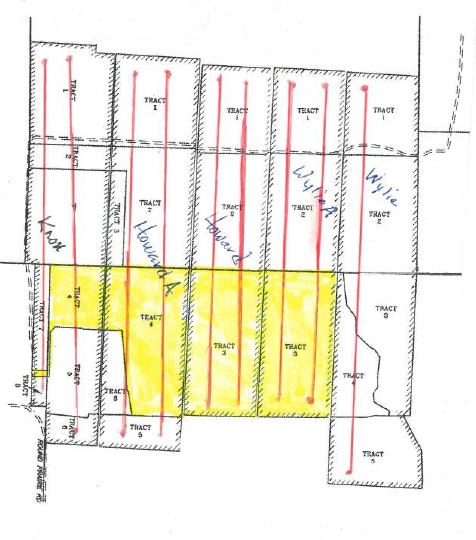 I have reviewed some of the pleadings in the Spartan case, including a motion for partial summary judgment filed by EOG last month. EOG asks the court to rule that “royalties in this case should be based on a reasonable allocation of the total production attributable to the lands covered by the [plaintiffs’] leases,” citing Browning Oil Company, Inc. v. Luecke, 38 S.W.3d 625 (Tex.App.-Austin 2000, pet. denied).

[T]he burden is on the one commingling the goods to properly identify the aliquot share of each owner; thus, if goods are so confused as to render the mixture incapable of proper division according to the pre-existing rights of the parties, the loss must fall on the one who occasioned the mixture. … Stated differently, since Humble is responsible for, and is possessed with peculiar knowledge of the gas injection, it is under the burden of establishing the aliquot shares with reasonable certainty.

Plaintiffs say that it is impossible for EOG to determine “with reasonable certainty” how much of the wells’ production is from their tract. EOG argues that Browning v. Luecke supports its use of lateral-length allocation.

If this case makes it to the appellate courts, it will (as far as I am aware) be the first case since Browning v. Luecke to address what remedies lessors have when their lessee drills a horizontal well across their lease boundary without forming a pooled unit. According to deposition testimony in the Spartan case, these are the first allocation wells actually drilled by EOG, although it has filed allocation well permits before. In fact, the permits for the wells drilled on the Spartan tracts were not filed as allocation well permits.

As in the Klotzman RRC proceeding now on appeal (in which our firm represents the lessors), EOG contends that the drilling of the wells across the Spartan lease did not violate the lease. It does not argue that, by allocating production between the tracts crossed by the wells, it has pooled the tracts. Its view is that the only issue to be resolved is whether its use of the lateral-length allocation method satisfies its obligation to determine what portion of the wells’ production comes from the Spartan lease “with reasonable certainty.”