Every year I look forward to receiving William Osborn‘s holiday photo. William is an Austin oil and gas attorney, an amateur historian, a historic preservationist, an alley gardener, an all-around renaissance man, and my cousin. Every December for the last twenty-five years he has sent a photo to his clients and friends documenting the history of the oil and gas industry in Texas, along with an article explaining its historical context written by William. He has collected all of those photos and articles on his Texas Compound website, and you can view them here. Below is one of his photos: 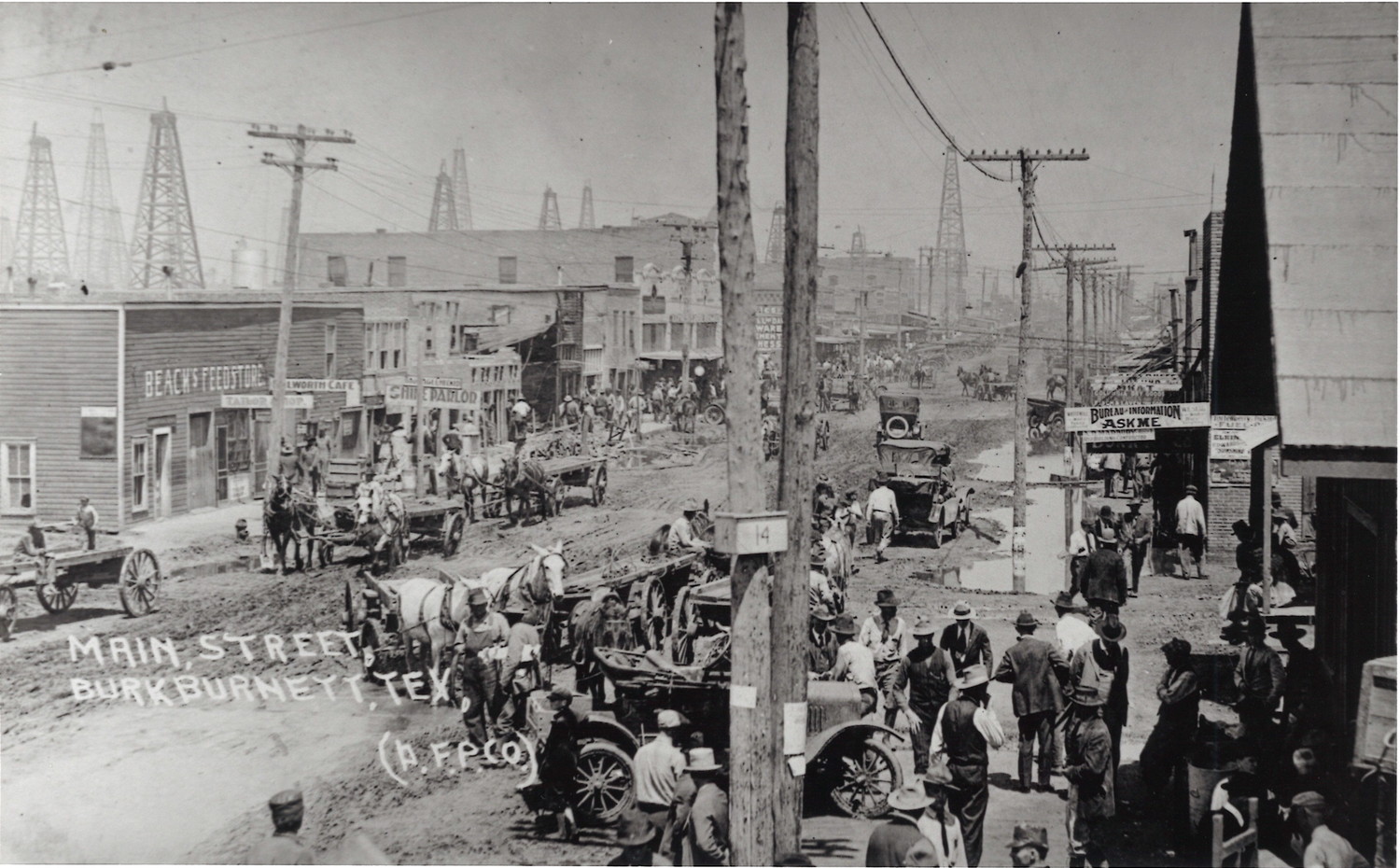 Of this photo, William wrote: “On July 29, 1918, the Fowler Farm Oil Company S.L. Fowler Number 1, located on the northern edge of the Wichita County community of Burkburnett, blew in at a rate of 2200 barrels of oil per day from a completion depth of 1,734 feet. Within three weeks there were more than 50 drilling rigs operating in the immediate area. The Fowler Farm Oil Company drilled a second well on the same lease and then sold its entire interest in the tract to the Magnolia Petroleum Company for the sum of $1,800,000.00.” By June 1919 there were more than 850 producing wells in “the world’s wonder oilfield.”

William, whose interests include the history of railroads in Texas, has also built the Texas Compound on Highway 290 West, west of Austin. Since 1986 he has moved several historic buildings onto his compound, including a Santa Fe Railroad Depot from Dumas and Texaco bulk fuel warehouses from MCamey and Spur. He has also restored several old railroad cars on the property, including three “Texas Zephyr” railroad passenger cars and two Southern Pacific “Sunset Limited” passenger cars.  William’s Texas Compound website includes historical photos of his restored buildings and passenger cars. A visit to his compound is worth the trip. He has also written a history of Jim Crow laws and Texas Railroads, “Curtains for Jim Crow: Law, Race, and the Texas Railroads,” published in Southwestern Historical Quarterly, which can be found here, along with his other writings. Below is a historic photo from William’s collection showing the inside of the coffee shop in Southern Pacific Railroad’s “Pride of Texas.” 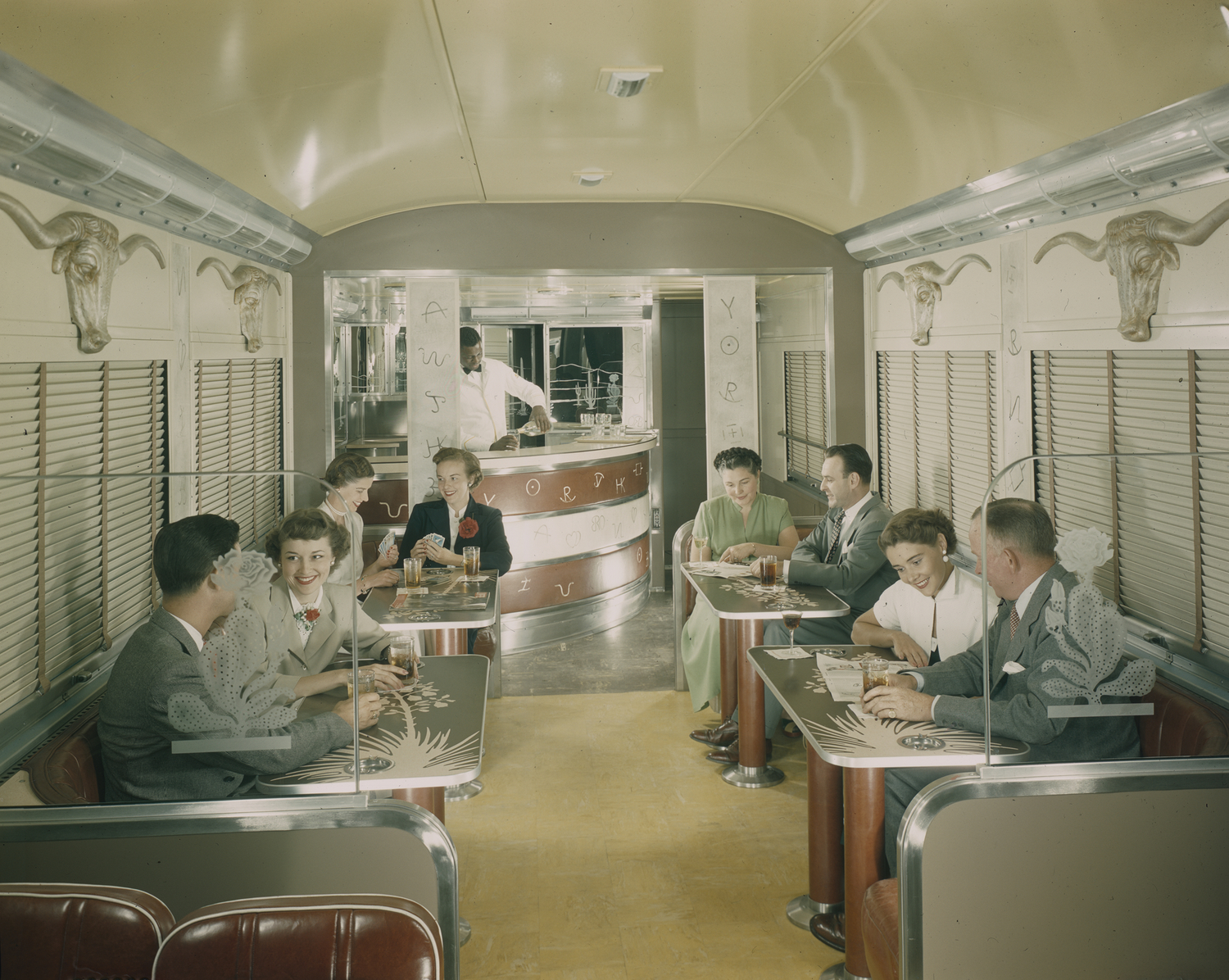