Recently my son was watching the movie “Holes,” a great adventure movie based on a book by the same name written by Louis Sacher in 1988. Sacher also wrote the screenplay for the movie, which came out in 2003. In the story, Stanley Yelnats IV, a teenager, is sent to Camp Green Lake, a juvenile detention camp, for stealing a pair of sneakers. Green Lake was a dried-up lakebed in Texas where the camp detainees were forced by the evil warden (played by Sigourney Weaver) to dig holes looking for a buried treasure. It’s a great growing-up story.

The movie reminded me that Green Lake is a real place in Texas that has its own fascinating legal history.

Green Lake is the largest natural fresh-water lake in Texas. Located in Calhoun County near the coast, it covers an acre of about 10,000 acres. 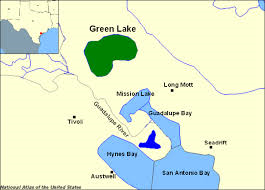 Historically, the lake was filled by overflow from the Guadalupe River, and the lake sometimes dried up during times of drought. Its average depth when full is about 4 feet.

Before the Civil War the area was settled by ranchers and cotton farmers and grants were made of the surrounding land. A small settlement, Green Lake, was established near the lake.

Sometime before 1917, the landowners surrounding Green Lake sued the State of Texas contending that their surrounding grants extended to the center of the lake, and that the State did not own title to the bed of the lake. 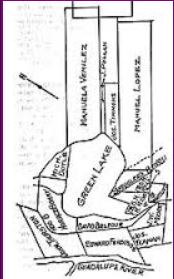 In 1913, while Welder v. State was pending, Elmer Yates made application to the Texas General Land Office to buy the bed of Green Lake. In 1918, after the Welder case was decided, the Land Commissioner, James Robison, sold the bed of the lake to Yates. His decision was apparently based on evidence presented by Yates that the lake wasn’t really a lake.

In the 1940’s, Price Daniel, then Texas’ Attorney General (and later Governor and Supreme Court Justice), sued the successors to Yates to recover the State’s title to the bed of Green Lake, arguing that the Land Commissioner had no authority to sell it in 1918. In Texas at the time, the Land Commissioner had authority to sell state land only if it was dedicated to the Public School Fund; Daniel argued that under Texas law the beds of lakes and rivers are not Public School Lands and not subject to sale. In State v. Bryan, 210 S.W.2d 455 (1948), the Austin Court of Appeals upheld the sale.  Its decision was based on a statute that provided that, if a sale was made by the state “under color of law,” it could not be challenged unless suit was brought within one year from the date of the sale. The court concluded that the Land Commissioner’s sale was “under color of law” because there was evidence considered by the commissioner that the lake was in fact dry most of the time. Yates submitted evidence that the bed of the lake was “bone dry” in 1895 and again in 1900, and that between 1900 and 1912 it was sometimes flooded and sometimes dry, and was “completely dry” between 1917 and 1918. “There certainly was a fact question at least as to whether the area was the bed of a navigable [lake], a non-navigable lake, or merely overflow land. Even under the factual situation detailed in the Welder opinion, the conclusion therefrom that the lake was navigable was, to say the least, questionable.”

So two courts ruled on the legal status of the lake, one holding that it was a lake and the other that it was not. Here’s a photo of Green Lake today from Google Earth: 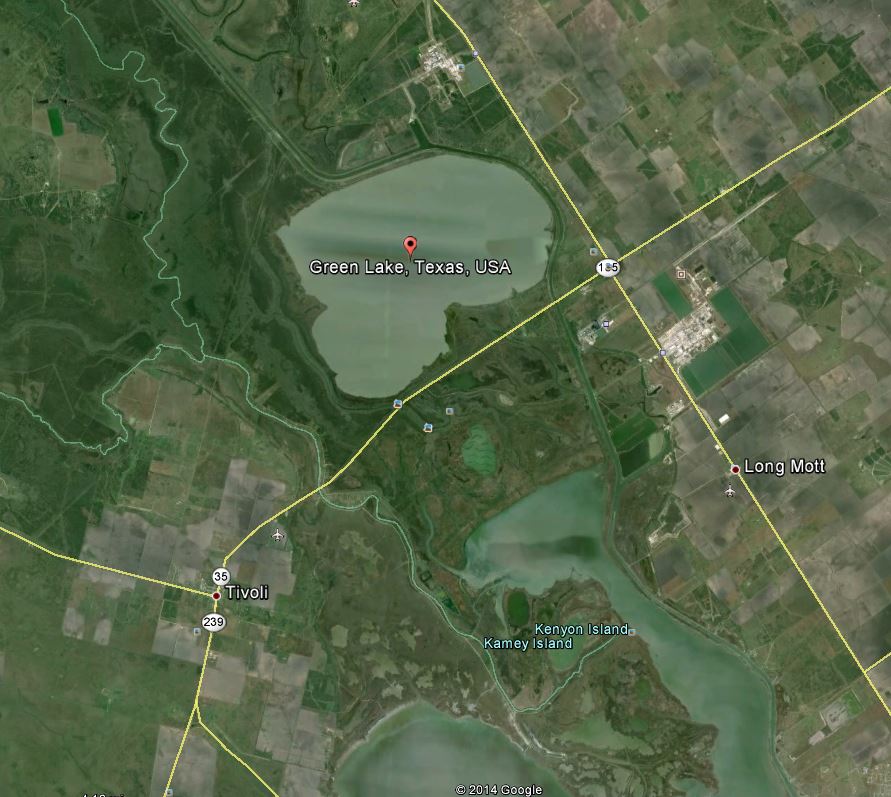 In 1988, the Texas Supreme Court decided the case of Indianola Company v. Texas Water Commission, 749 S.W.2d 771 (Tex. 1988). In that case, the then owner of the lands that were the bed of the area called Green Lake (that wasn’t really a lake) sued to determine who owns the water in the lake. In Texas, the State owns all waters in lakes and rivers, but “storm water, floodwater, and rainwater of a depression” can be captured and owned by private landowners. “We agree that Green lake is a ‘lake’, and thus public water under Tex. Water Code section 11.021,” declared the court.

Thus far, I have found no opinion determining legal title to the treasure that Stanley Yelnats IV found in the bed of the lake. For that, you’ll have to watch the movie.