174 Power Global Corp., a subsidiary of South Korea’s Hanwha Energy, held its groundbreaking last week for the largest solar power project in Texas: a 236-MW plant to be built in Pecos County. It will sell its power – enough to power more than 50,000 homes – to Austin Energy, Austin’s municipally owned power provider.

NRG’s Buckthorn Solar Farm, 200 MW in Pecos County, to supply the City of Georgetown, the largest municipality in the country powered solely by renewable sources. 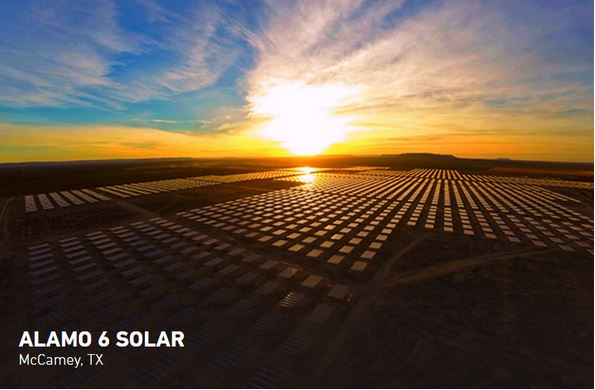 West Texas is, of course, also in the middle of a resurgence in oil and gas development. Sun and oil overlap. But horizontal drilling technology has made it easier for solar farms and drilling to coexist. Solar farms can set aside areas for pad sites for horizontal wells that traverse up to two sections.

So West Texas is taking advantage of its two biggest resources – the desert blooms.