I have been reading Stephen Harrigan’s history of Texas, Big Wonderful Thing. Great read. I just finished Harrigan’s discussion of the period of Reconstruction in Texas after the Civil War. Two things struck me: first, in the Black Lives Matter era, how we are all being drawn into re-examining our country’s history of discrimination against African Americans; and second, how divided Texas was, both before and after the Civil War, on the issues of slavery and race relations.

After Lincoln’s assassination, his successor Andrew Johnson appointed Andrew Jackson Hamilton as provisional governor of Texas. Hamilton was a former Texas Congressman who opposed secession and escaped Texas during the war. A delegation was then elected in 1866 to write a new Texas constitution. The delegates refused to ratify the 13th Amendment and wrote into the constitution that Blacks would not be allowed to vote, hold office, or serve on juries. Texas voters ratified the constitution in June 1866 and elected a new governor, James Throckmorton, who fought for the South in the war. The newly elected legislature then passed laws known as “black codes” further limiting rights of African Americans. For example, a law required that all Black household servants “shall at all hours of the day or night, and on all days of the week, promptly answer all calls … to be especially civil and polite to their employer, his family and guests.”

In the 1866 midterm elections in Congress, Radical Republicans came to power and passed four Reconstruction Acts. The first, passed on March 2, 1867, placed Texas under direct military control and required Texas to adopt a new constitution as a condition to being readmitted to the Union. So a new constitutional convention convened in June 1868, this one with ten elected Black delegates.  The convention worked through the end of the year, and after much haggling and chaos, forty-five of the ninety delegates voted for a new constitution. According to Harrigan the text of the new constitution “had to be cobbled together from the official records, which had to be pried from the hands of an assistant secretary who was arrested while running away with them.” The new document did succeed in meeting the demands of the Republican Congress for readmitting Texas to the Union. The 1868 constitution granted the right to vote to every male citizen “without distinction of race, color or former condition.” 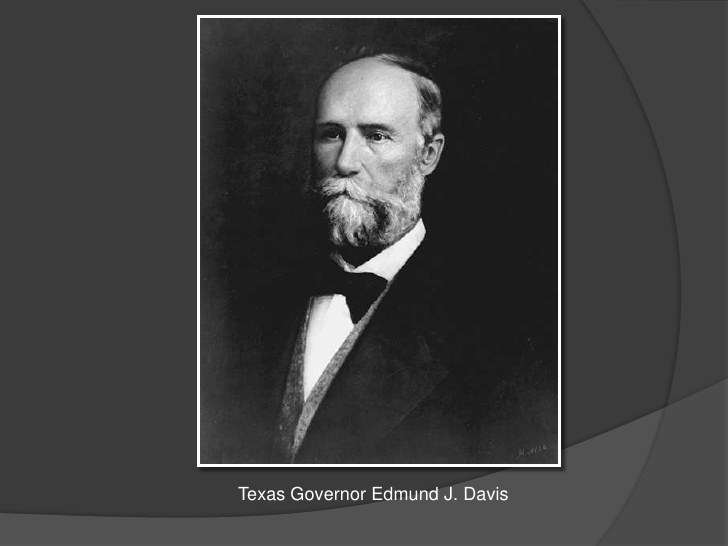 Davis was a fervent anti-secessionist and had fled to Mexico and fought for the Union. For the first time, Texans also elected fourteen Black legislators, twelve to the House and two to the Senate. The legislature finally ratified the 13th, 14th and 15th amendments to the US Constitution.

Davis tried to tame the anarchy taking place across the state, but he was defeated by Richard Coke in the governor’s election of 1873. Which gets us to the Semicolon Court. 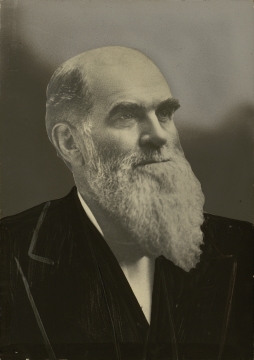 Davis had appointed three justices to serve on the Texas Supreme Court under Texas’ new constitution of 1869 – Lemuel D. Evans, Moses B. Walker, and Wesley B. Ogden. In 1873, Evans was replaced by John D. McAdoo. After the election of Coke as governor, the court heard the case of Ex parte Rodriguez, 39 Tex. 705 (1874). Joseph Rodriguez was arrested on December 15 on a warrant issued in Harris County charging that he had voted at Houston more than once in the general election. His lawyers sought a writ of habeas corpus in the Supreme Court, arguing that Rodriguez was being held illegally because the election itself had not been legal. If Rodriguez’s lawyers were right, then Coke had not been elected governor.

Article 3, Section 6 of the 1869 Constitution provided that all elections “shall be held at the county seats … until otherwise provided by law; and the polls shall be opened for four days.” But the polls were open only one day in the 1873 election, at voting precincts outside the county seats, pursuant to laws passed by the legislature. So the court was asked to decide whether the constitution required that the polls be open four days, or whether the legislature could change that by statute. The ruling turned on the insertion of the semicolon in the text. After much wrangling about the court’s jurisdiction, the court held that the election was in violation of the constitution:

Now, let us look again at section 6, and ask this question: if the convention had intended the words “until otherwise provided by law,” to apply to both clauses of the section, why do not these words follow the second as well as the first clause, or why were they not inserted at the conclusion of the section where they could grammatically apply to both clauses? Neither will the rules of grammar nor of good composition admit of a proviso or condition, placed at the conclusion of an antecedent clause, applying to the subsequent clause of the sentence. In the case of Gibbons v. Ogden, 9 Wheat., Marshall, C. J., lays down the following as a rule of construction: “The framers of the constitution, and the people who adopted it, must be understood to have employed words in their natural sense, and to have understood what they meant.” The application of this rule is so obvious and clear that comment is unnecessary.

There are many provisions in statutes which are regarded by the courts as merely directory, and if substantially complied with, though not literally, it will be held good; but this is not the case where constitutional provisions are to be regarded; they are almost universally regarded as mandatory. See Cooley’s Const. Lim. 82, and authorities referred to. But we have seen that even in a statute governing elections both time and place are of the substance and must be regarded as mandatory.

But that is not the end of the story. Here is Harrington’s ending:

[Governor] Davis had no illusions about what the will of the people had been [Davis lost to Coke 85,549 to 42,663]. He knew he had lost the election, and lost it badly. But he couldn’t ignore his own supreme court, even though Coke and the Democrats were demanding to take over the reins of state government at once. The more Davis stalled, the more heated things got. Worried that the Democrats were going to seize the executive offices, the governor called in the militia. He also deployed a unit called the Travis Rifles, one of whose organizers was Sam Houston’s youngest son, Andrew Jackson Houston. But the Travis Rifles, once they arrived at the Capitol, refused to protect Davis and threw their allegiance instead to Coke. They mustered on the upper floor of the Capitol while Davis’s militia, many of them African Americans, patrolled the basement. Meanwhile, the building was ringed by partisans from both sides, including hundreds of freedmen. They had raced out of their homes and businesses to the Capitol grounds in support of the Republican governor, who was all that stood between them and the certain hollowing-out of their civil rights that would come under the Democrats.

It would not have taken much of a spark to set off a shooting war inside the Capitol between the black militia and the Travis Rifles, along with a bloody race riot throughout Austin and the rest of Texas. Davis telegraphed President Grant, asking him to send federal troops to keep the peace. Grant declined, leaving Davis no choice but to yield and allow Coke to be inaugurated. The governor ordered his forces to stand down. He left the Capitol to the cheers of the black men in his militia.

Lizzie Davis, the governor’s wife, was not pleased with Grant’s refusal to send troops. As she and her husband were packing their furniture in the Governor’s Mansion, she took down a painting of the president. The woman who had once invited her Confederate enemies to cut her throat wouldn’t hold back her Texan defiance now. She stomped her foot through the canvas.