Rice University’s Baker Institute for Public Policy recently published an Issue Brief, “Reducing Oilfield Methane Emissions Can Create New US Gas Export Opportunities,” written by Gabriel Collins, Baker Botts Fellow in Energy & Environmental Regulatory Affairs at the Institute. Collins argues that instead of flaring gas, it should be liquefied and sold in the international market.

Actions that improve environmental well-being are most effective and sustainable when the yield a bona fide economic benefit. This certainly would be the case with policies to reduce flaring and venting of natural gas in the US, as doing so would free up gas molecules for export to customers worldwide seeking cleaner, more secure gas supplies.

Some statistics from Collins’ brief:

If the gas that analysts estimate was flared in the Permian Basin during the third quarter of 2019 alone was captured and liquefied, it could yield as much as 4.8 million tonnes per year of exportable liquefied natural gas.

The gas quantity currently flared in the Permian on an annualized basis equates to more than 15% of the total LNG volume the US exported in 2018. This LNG averaged approximately $250/tonne in value, suggesting that capturing the gas now being flared could be a billion dollar per year opportunity–or even larger if LNG prices rise.

At current flaring and venting rates, if all wasted gas in the Permian Basin was captured an liquefied, it could fill a Q-Max LNG carrier (the world’s larges carrier size) every 10 days. If that vessel went to China and discharged its cargo into a power plant, it could likely displace approximately 440 thousand tonnes of coal burned to generate electricity. 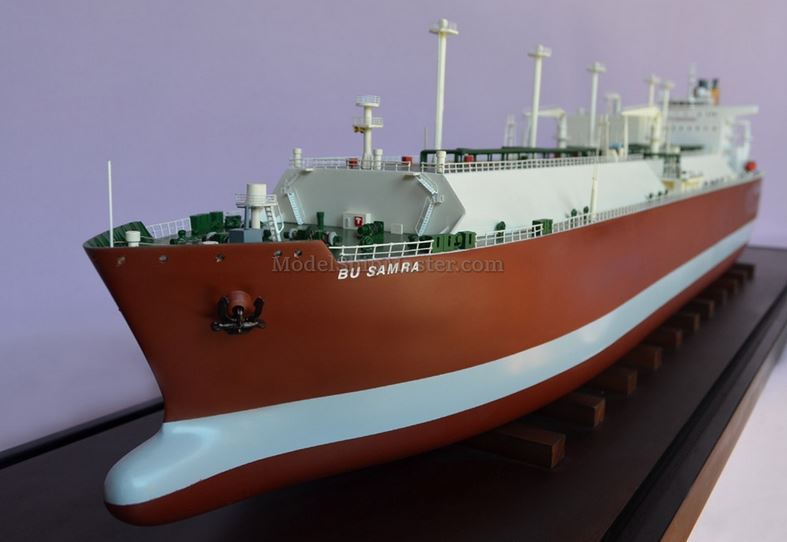 Data from the World Bank suggests that in 2018, petroleum operations across the entire US flared an estimated 14.1 billion cubic meters of gas–equivalent to 8.7 million tonnes per year of LNG. In energy terms, this is equivalent to more than 1/3 of the total LNG volume that US firms actually exported that year.

Collins has this to say about the Texas Railroad Commission’s failure to regulate flaring:

Flaring and venting of gas in the Permian Basin–and certain other parts of the US–have reached sufficient scale that taken in aggregate, the argument of “burning gas to allow oil extraction” increasingly looks like “wasting one resource to produce another.” Regulators in Texas–the flaring capital of the US–have thus far proven highly deferential to industry on the issue of flared and vented gas, even allowing producers to flare when they are connected to a functional pipeline gathering system.

The US is not the only source of flared gas: 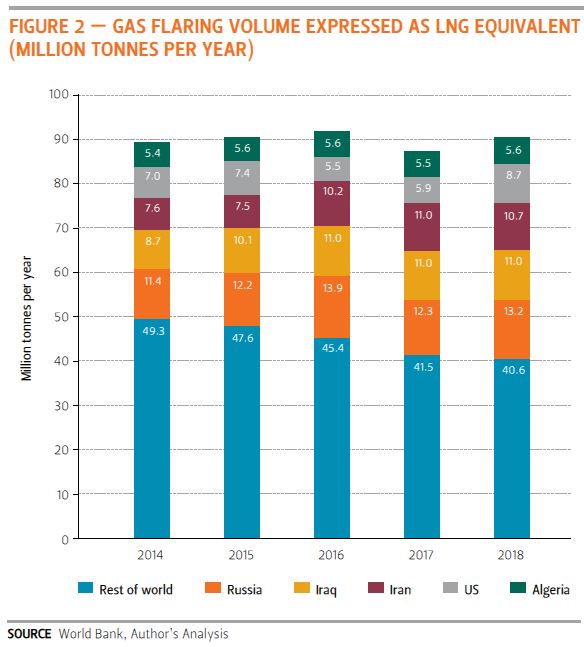