In a special section of the January 17 edition of The Economist, Edward Lucas gives a broad overview of the world energy outlook and the future for renewable energy. His is an optimistic forecast for cleaner, cheaper and more plentiful energy. His article can be found online here.

First, the article provides this view of current world energy production and consumption: 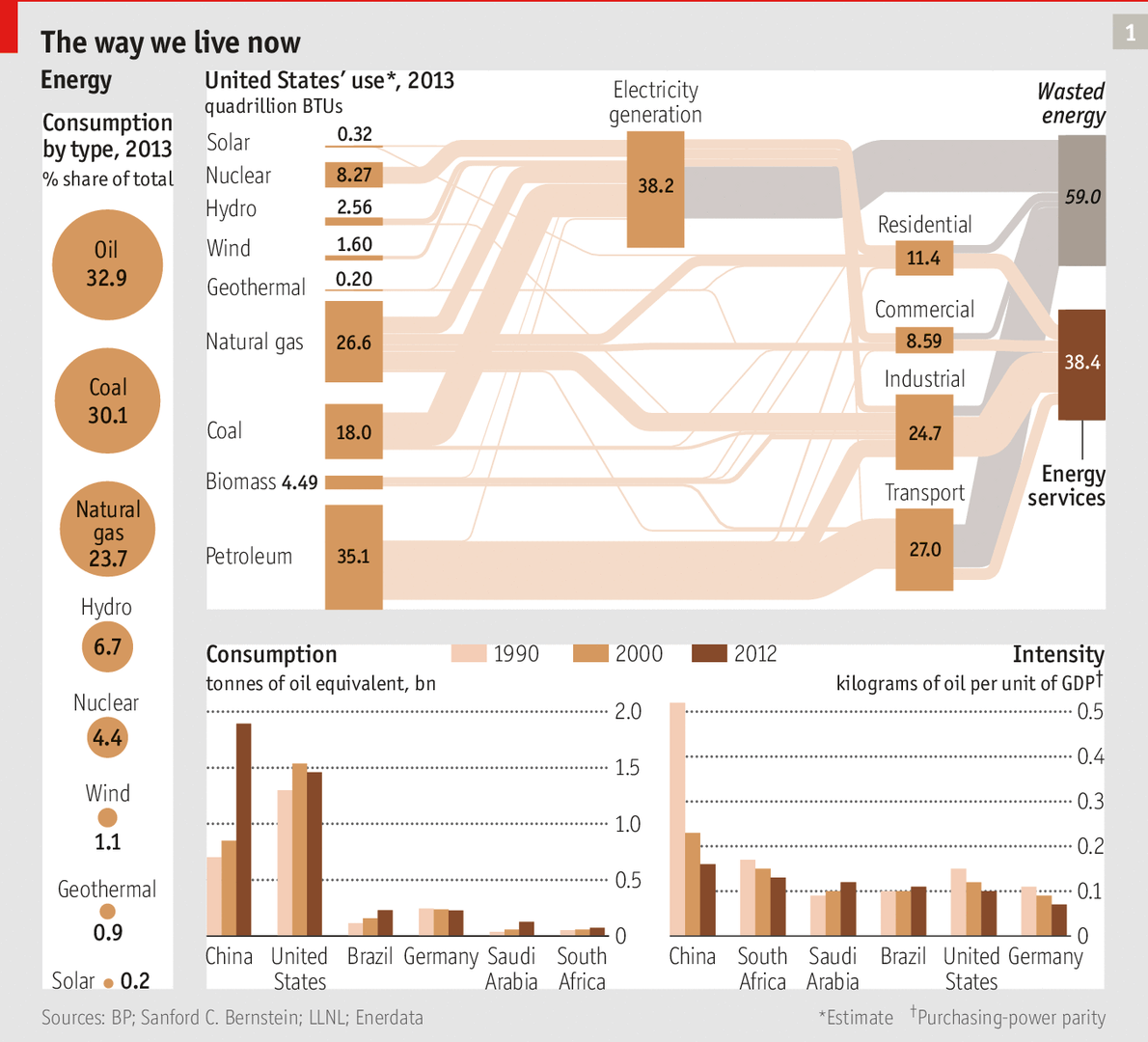 This picture doesn’t present a very optimistic view. Almost 60% of energy production is “wasted energy.” Oil still provides 33% of all energy consumed, while wind supplies only 1.1%, and solar only 0.2%. And the EIA projects that global demand for energy will increase by 37% in the next 25 years.

But Lucas says things are changing. Solar electricity, and ways of storing it, are becoming cheaper and better. China invested $56 billion in renewable energy in 2013, and it installed 13 gigawatts of solar, more than its new fossil-fuel and nuclear capacity combined. Wind now provides a third of Denmark’s energy supply and a fifth of Spain’s. Solar is becoming competitive with traditional fossil fuels, and costs are continuing to decline.

Lucas says solar is pulling ahead of wind. In 2013, additions of solar electricity generation exceeded that in wind for the first time. The cost of solar panels has reduced by a factor of five in the past six years. EIA predicts that solar will provide 16% of world electric power by 2050.

Lucas also describes “distributed generation” – domestic fuel cells, rooftop solar generation, “net metering rules” — and breakthroughs in electricity storage, up to now the stumbling block for wind and solar generation, which is intermittent and unreliable. And he recounts breakthroughs in reducing energy consumption, including better building insulation and more efficient vehicles. Lucas mentions Austin, Texas, where “7,000 households have signed up for a scheme in which they get an $85 rebate on an internet-enabled thermostat.” With those thermostats, “Austin Energy can shave 10 MW from its summer peak demand.”