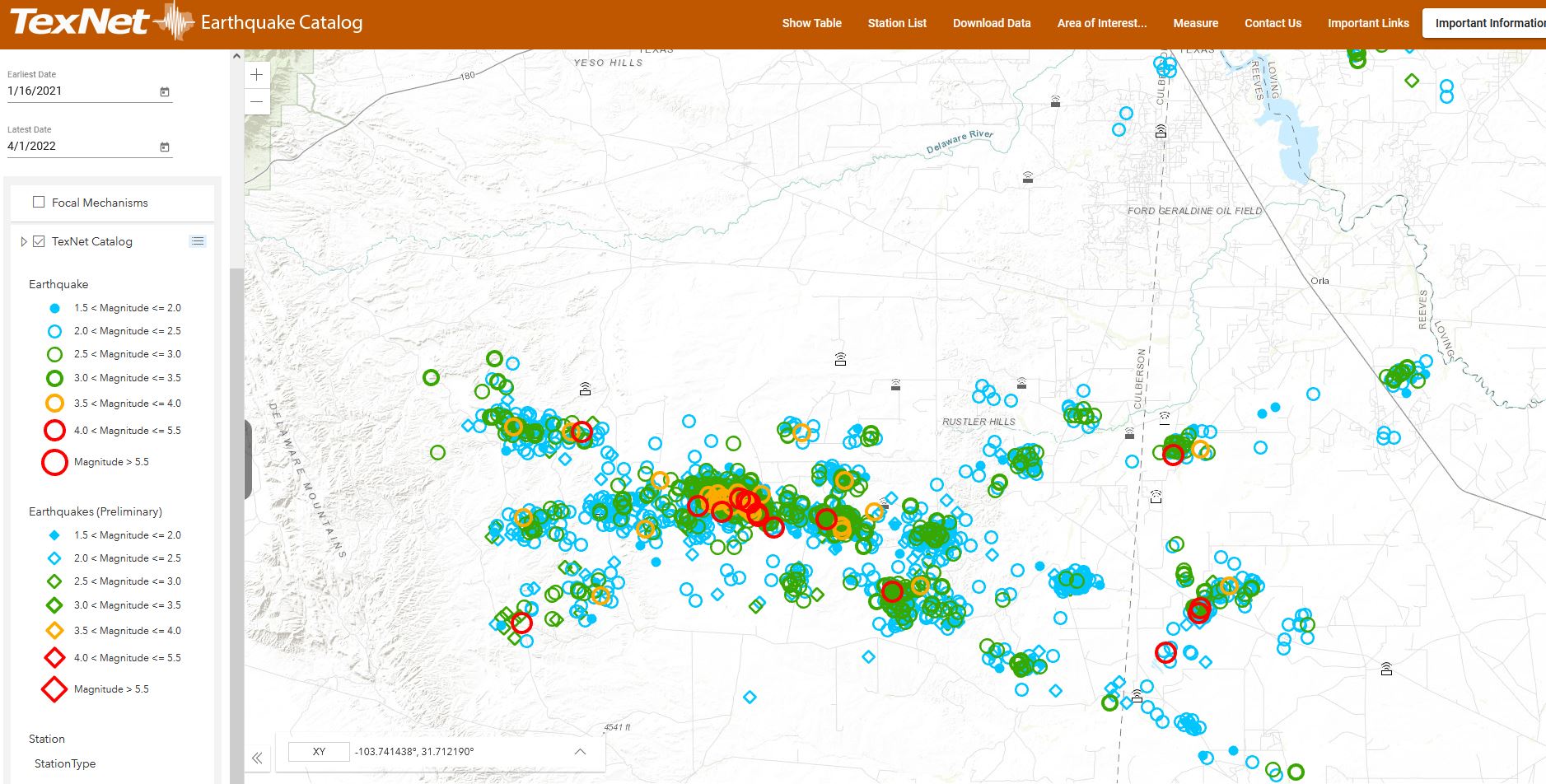 Here is a map showing seismic activity in the same area with active injection wells: 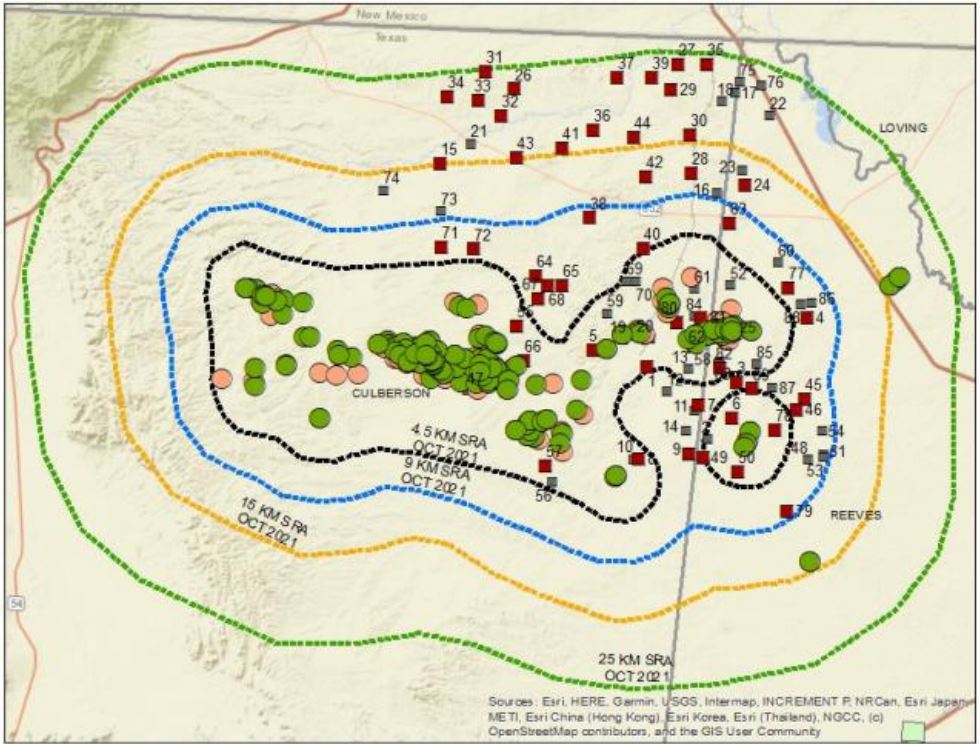 Last year the RRC finally began limiting injection rates in areas in the Permian with high quake activity. In January of this year the RRC issued a Response Plan to Seismic Events in Texas. Presumably in response, operators of injection wells in the Permian have put forth their own plan, an “Operator-Led Response Plan” for the “Northern Culberson-Reeves Seismic Response Area.” It would place limits on both shallow (above the Wolfcamp Formation) and deep (below the Wolfcamp) injection well rates.” The objective is to eliminate quakes above 3.5 within 18 months from its implementation. The plan says “further RRC action will be conditioned on progress towards this goal. Participation in the plan is voluntary, but participants include BPX, Chevron, Cimarex, APR, Pilot Water Solutions, and Waterbridge.