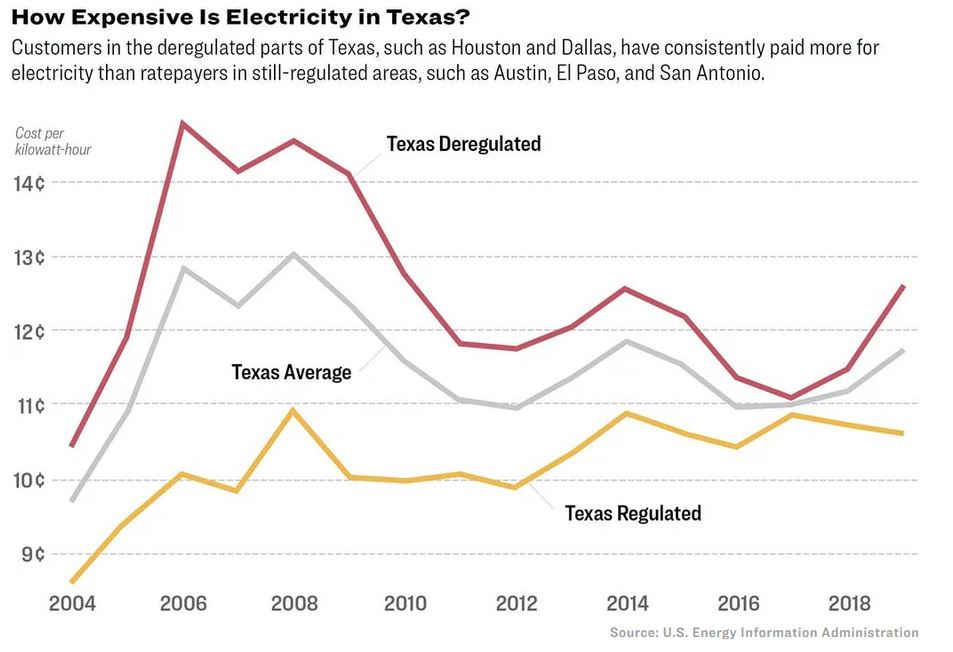 A large part of the blame lies with natural gas producers, processors and pipelines, who failed to winterize essential infrastructure. And yet that segment of the market was left essentially untouched by the Legislature. And those producers and pipelines able to stay online profited hugely from the disaster.

According to a report from the Texas Observer, the storm caused an estimated $295 billion in damages, but the natural gas industry profited by selling gas at rates as high as $100/mcf, collecting $11 billion in profits. Energy Transfer Partners, one of the state’s largest pipeline companies, profited by $2.4 billion. Energy Transfer charged CPS Energy $200 million during the blackout; CPS is suing it for price gouging.  CenterPoint, which provides electricity to Houston and other Texas customers, was billed $1.14 billion in natural gas costs. Ratepayers will be on the hook for $3.6 billion in excess gas costs through increased rates, according to the Houston Chronicle.

According to the Texas Tribune, after the Legislature’s session ended in May, five large energy companies–Calpine, CenterPoint, NRG Energy, Oncor and Vistra–or their executives donated about $497,000 to state elected officials and political groups. Abbot received $4.6 million post-session donations from the energy industry. Kelcy Warren, Energy Transfer’s executive chairman, alone contributed $1 million to Abbott’s campaign fund. Lt Governor Dan Patrick received $1.3 million from the energy industry. If these companies felt aggrieved by their treatment by the Legislature, they didn’t show it with their pocket books.