“Power systems in some countries and states are already operating with more than 50% penetration of wind and solar generation annually without impacting reliability. There is an expanding set of operational and technical solutions to help integrate these resources and building new conventional power plants to back them up has not been necessary.” Twelve states generated more than a fourth of their electricity from variable renewable energy (VRE) sources in 2020. Texas is projected to get 55% of its electricity from VRE by 2035.

About 85% of solar panels sold in the US come from China and Southeast Asia.

Battery storage is a critical part of using VRE. 42% to 65% of key battery components come from China. The US imports nearly 3/4ths of wind power generating equipment from Spain, 64% of wind towers from Asia, and 22% of blades and hubs from China.

The need for critical minerals could be a significant constraint (click on image to enlarge): 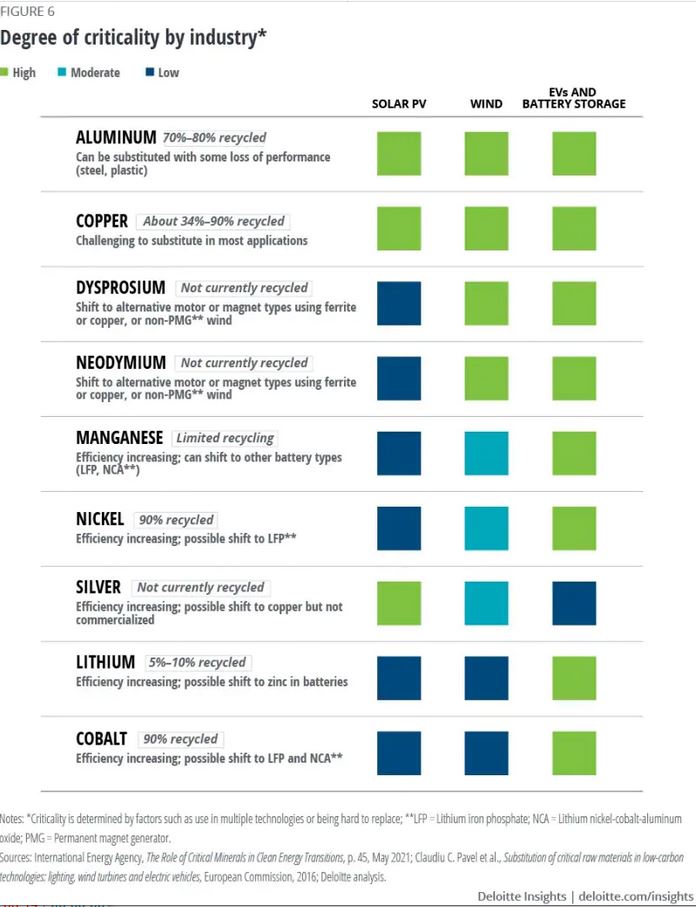 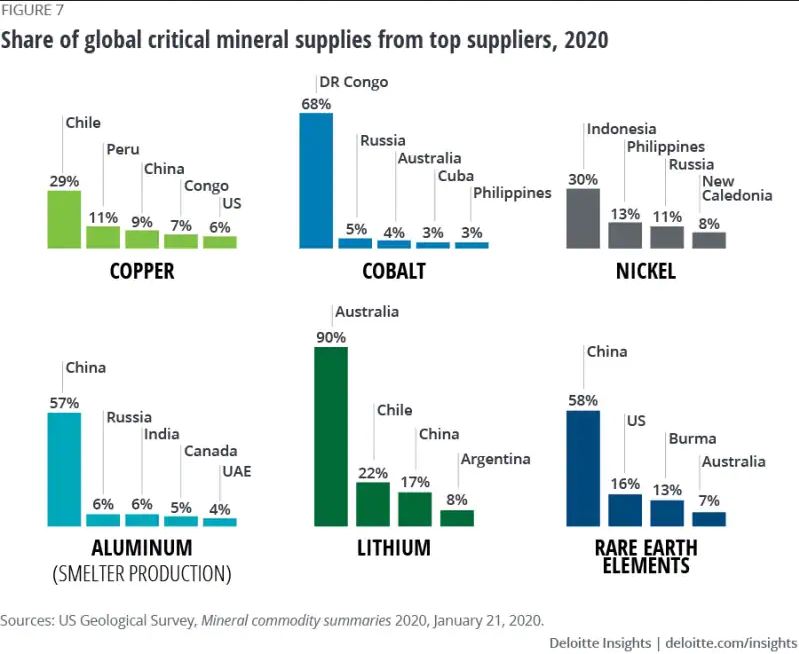 The report also addresses the electric generating system’s vulnerability to weather, fire and other disasters. It gives the following costs for winterizing energy infrastructure: 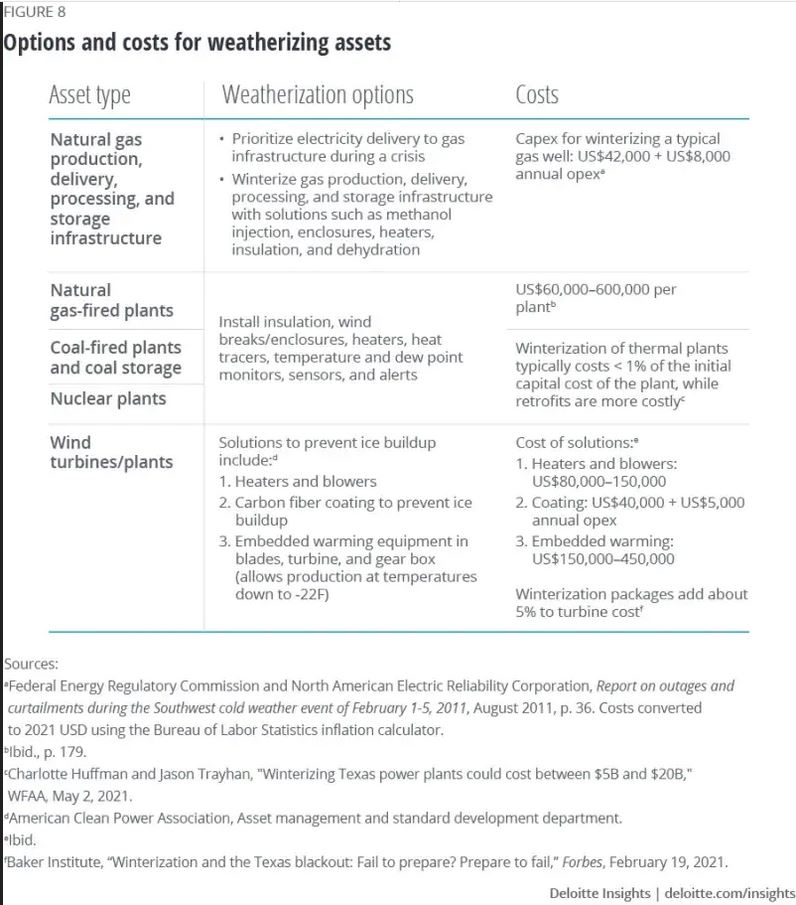 The report concludes on an optimistic note. None of the challenges to meeting net-zero emissions and emission-free electricity by 2035 are insurmountable.