Much has been written lately about flares of natural gas in the Permian Basin. A website called Skytruth provides a helpful interactive map allowing amazing satellite views of flares over time. Here’s a snapshot of flares in the Permian (click on image to enlarge): 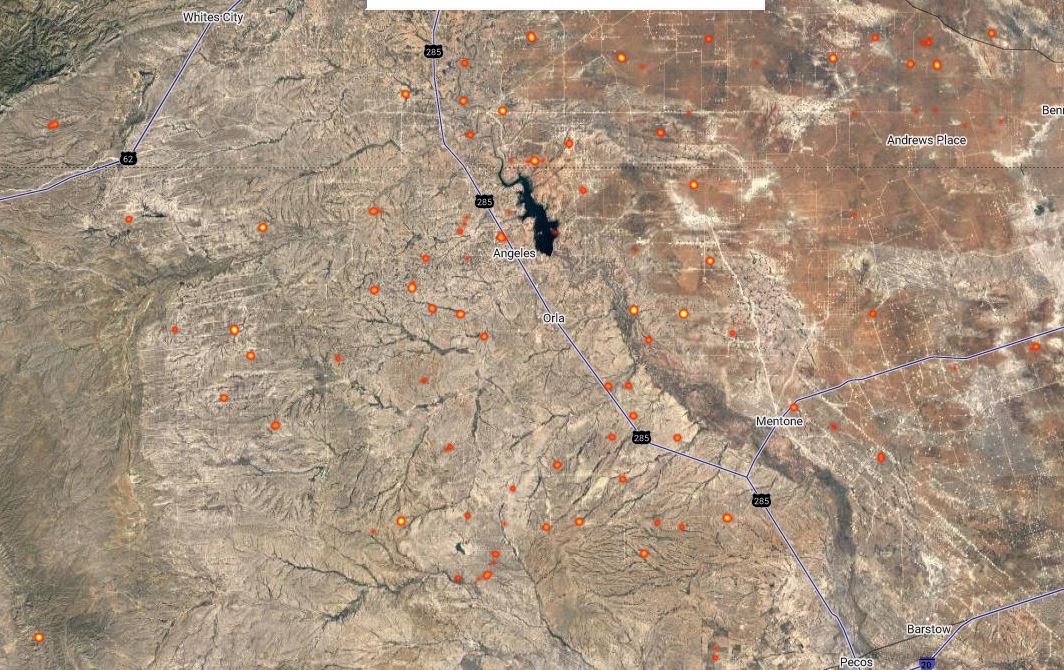 One can zoom in on the map and locate each flare. This one is just east of US 285 southeast of Orla: 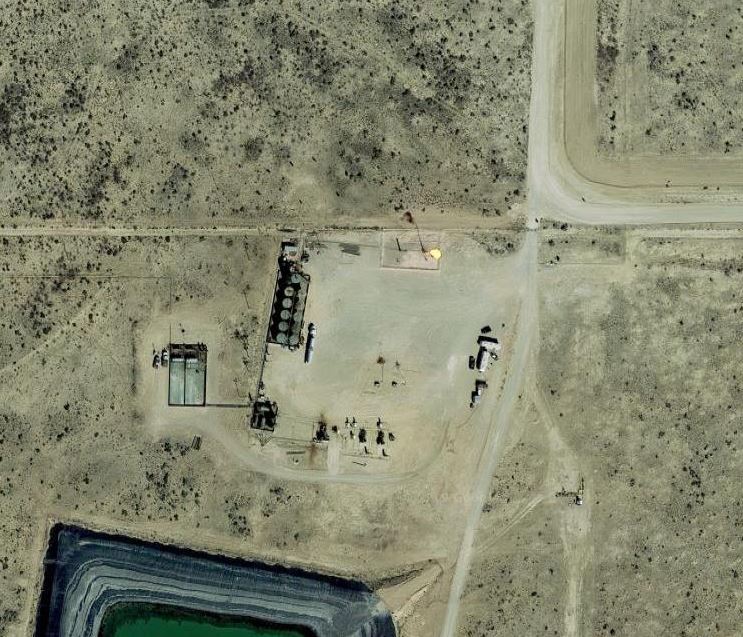 Since the beginning of the boom in the Permian, the Texas Railroad Commission has never denied an operator’s application for a permit to flare. With low gas prices and lack of pipeline capacity, operators have turned to flaring gas in order to produce oil.

A recent fight at the RRC has focused the industry on the problem.  On May 20, 2019, after a hearing a year earlier, an administrative law judge issued a proposal for decision in Docket No. 01-0308609, an application by EXCO Operating Company to flare gas from 138 wells in the Briscoe Ranch (Eagleford) Field in Dimmit and Zavala Counties.  EXCO bought the wells from Chesapeake in 2013. EXCO filed for bankruptcy in 2018, and in that proceeding it rejected the contract between Chesapeake and Mockingbird Midstream Gas Services, a subsidiary of The Williams Companies, to gather gas from the wells. The gas wells were connected to the gathering system, but EXCO argued that it would lose money if it were forced to sell the gas to Williams under Williams’ terms. This was the first protested application to flare considered by the RRC, and the first time an operator had sought to flare nearly 100% of its gas while connected to a gathering system. The proposal for decision recommended that the permit to flare be granted.

The Examiners find the recommendation appropriate at this time given the issues involved and given the fact that EXCO would need flaring authority even if the Williams’ system was available, to account for low pressure issues, periodic upset and maintenance, and for the remainder of the gas the Williams system is unable to take. This recommendation should not be taken as an indication that the Examiners would recommend flaring for all gas in the future or if the facts were different. “EXO has stated it’s hope to cease flaring, and ideally sell its casinghead gas at a profit.” The examiners encourage EXCO to vigorously seek a solution to flaring the majority of its gas, that it make a good-faith attempt to direct the gas to or utilize the gas for purposes and uses authorized by law … prior to the expiration of the recommended authority.

The examiners’ proposal was considered by the Commissioners at a hearing in June. A decision is pending.