The Cynthia and George Mitchell Foundation has funded research resulting in a report, “Emissions in the Stream: Estimating the Greenhouse Gas Impacts of an Oil and Gas Boom,” by to professors at UT Austin. The report focuses on downstream sources of methane emissions, and will be followed by a report examining policy and technology solutions to reduce emissions.

Here’s the abstract of the report:

The Shale Revolution has stimulated a large and rapid buildout of oil and gas infrastructure in the Gulf and Southwest regions of the United States (US), expected to unfold over decades. Therefore, it is critical to develop a clearer understanding of the scale and composition of the likely greenhouse gas (GHG) emissions associated with this activity. We compile a detailed inventory of projected upstream oil and gas production expansions as well as recently and soon-to-be built midstream and downstream facilities within the region. Using data from emissions permits, emissions factors, and facility capacities, we estimate expected GHG emissions at the facility level for facilities that have recently been constructed or are soon to be constructed. Our central estimate suggests that the total annual emissions impact of the regional oil and gas infrastructure buildout may reach 541 million tons of CO2 equivalent (CO2e) by 2030, which is more than 8% of total US GHG emissions in 2017 and roughly equivalent to the emissions of 131 coal-fired power plants. A substantial fraction of the projected emissions come from petrochemical facilities (38%) and liquefied natural gas (LNG) terminals (19%). Researchers have largely focused on upstream emissions such as fugitive methane (CH4) associated with new US production; our findings reveal the potentially greater prominence of midstream and downstream sources in the studied region.

The full report can be found here.

The New York Times also has an in-depth article showing visually the uncontrolled emissions of hydrocarbons in the Permian Basin using a FLIR camera and the unwillingness of state and federal agencies and industry to address the issue. 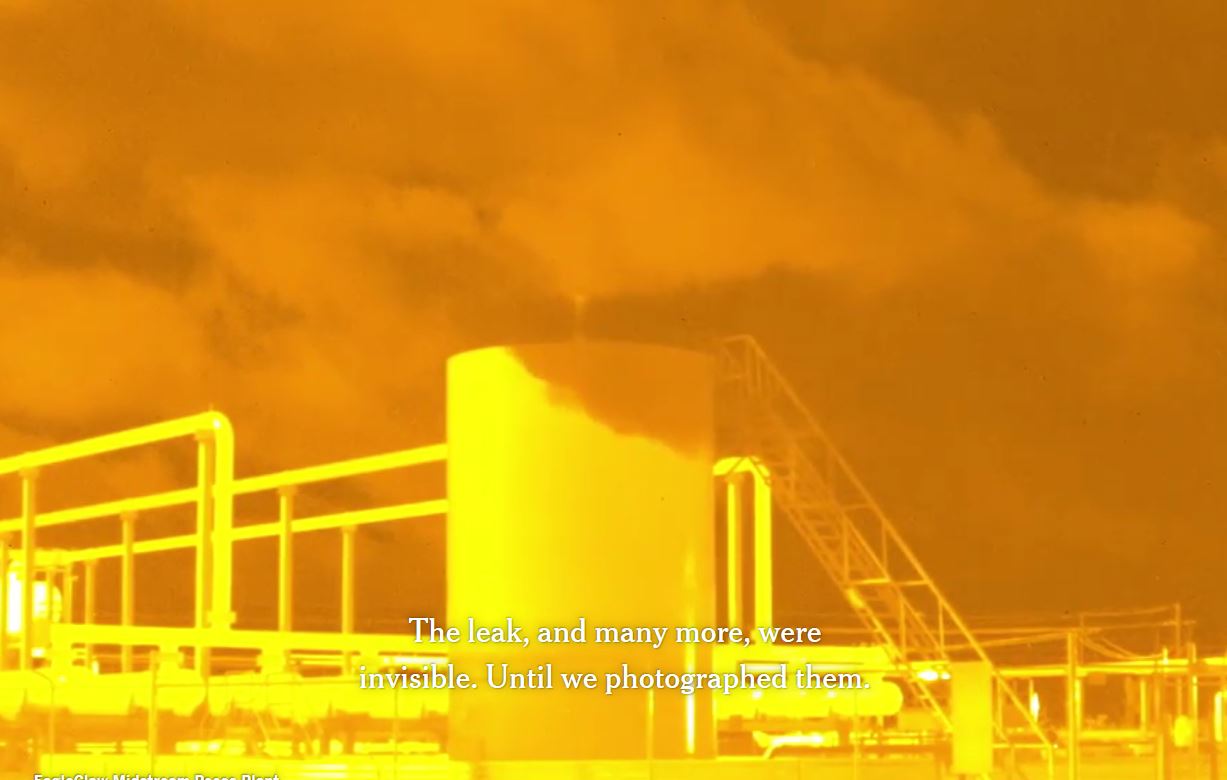 Here are more recent articles focusing on the problem:

Climate Change: The necessity of pulling carbon dioxide out of the air — But it is difficult to do at the scale you need
The Economist | Editorial | December 7, 2019