Here is link to an excellent publication by Tiffany Dowell Lashmet, Assistant Professor and Extension Specialist at Texas A&M AgriLife Extension. Print it out and save it.

A colleague recently pointed out to me that I had miss-read the Texas Supreme Court’s recent opinion in Endeavor Energy Resources v. Energen Resources Corporation. In my previous post on the case I said that the Court had concluded that the retained acreage clause being construed was ambiguous and had remanded the case for a trial on the meaning of the clause. Instead, the Court concluded that, because the clause was ambiguous, it should be construed in favor of the lessee, Endeavor.

The retained acreage clause in Endeavor’s lease allowed the lessee to retain all interest in the leased premises if, after the primary term, it drilled a new well every 150 days. The clause also allowed

Endeavor to “accumulate unused days in any 150-day term … in order to extend the next allowed 150-day term between the completion of one well and the drilling of a subsequent well.” If and when the lessee failed to do so, the lease will terminate except as to specified acreage earned by wells then completed and producing. The dispute was over the meaning of the quoted language. Endeavor argued that the language allowed it to carry forward unused days across multiple 150-day terms; or alternatively, Endeavor argued that the language is ambiguous and that “the disputed language may not operate as a special limitation.” The Court concluded that the clause was indeed ambiguous and, because it operates as a “special limitation” on the lessee’s title, it should be construed in favor of the lessee.

[I]t has long been the rule that contractual language will not be held to automatically terminate the leasehold estate unless that “language … can be given no other reasonable construction than one which works such a result.” Knight, 188 S.W.2d at 566 (citing Decker, 216 S.W. 38). As explained above, the Lease’s description of the drilling schedule required to avoid termination is ambiguous under these circumstances. Courts should not treat an obligation so “lacking in definiteness and certainty as introducing” into a lease a “limitation[] leading to …termination of [a] vested estate[].” W.T. Waggoner Estate, 19 S.W.2d at 31. Because the disputed provision is ambiguous, it cannot operate as a special limitation under these circumstances.

In other words, the tie goes to the lessee. END_OF_DOCUMENT_TOKEN_TO_BE_REPLACED

Texas courts are very reluctant to hold that oil and gas lease provisions are ambiguous. The same holds true for deeds and wills. These instruments affect title to land, and if an instrument is ambiguous it inserts uncertainty into land titles and results in litigation over the parties’ intent using extrinsic evidence, usually before a jury. Such litigation often ends up with each party testifying as to what they meant in the instrument, leaving a jury with little go to on. Or the instrument in question is so old that no person is alive who could testify as to the parties’ intent.

But in Endeavor Energy Resources v. Energen Resources, the Supreme Court reached the conclusion, after eighteen pages of reasoning, that it was impossible to tell from the language in the lease what the parties intended, and that it was ambiguous. The Court remanded the case to the trial court to admit evidence of the parties’ intent.

END_OF_DOCUMENT_TOKEN_TO_BE_REPLACED

Tom Reavley, who served for nine years on the Texas Supreme Court before President Carter appointed him to what would become a 41-year career on the Fifth Circuit U.S. Court of Appeals, died Tuesday in Houston. He was 99.

When he died he was the oldest active federal judge. During his federal judicial tenure he decided cases as a visiting judge on every U.S. court of appeals but one. His legal career spanned more than six decades.

As a lay Methodist minister and Sunday School teacher, his moral bearing earned him the sobriquet “Pope of the Fifth Circuit.”

Chief Justice Nathan L. Hecht said: “Sailor, scholar, lawyer, advisor to governors and presidents, judge, writer – Tom Reavley was all these things, and always with unfailing wisdom, humility, civility, decency, kindness to all and good humor. He was a towering figure in Texas and a true champion of justice for the state and the country.” END_OF_DOCUMENT_TOKEN_TO_BE_REPLACED

Last week the Texas Supreme Court issued its opinion in Yowell v. Granite Operating Company, No. 18-0841, again grappling with the ancient Rule Against Perpetuities in the context of modern oil and gas transactions–the second time in two years in which the court tackled the inscrutable “Rule.”

The facts (simplified): The Yowells own an overriding royalty on production from a 1986 oil and gas lease. Upland Resources owned the lease. In May 2007, Amarillo Production Company took a top lease on the same land as the 1986 lease, and three months later it sued Upland, contending that the 1986 lease had expired. The parties settled: Upland’s 1986 lease wass terminated, Amarillo Production’s 2007 lease became effective.

The overriding royalty owned by the Yowells was created in an assignment of the 1986 lease that contains the following language, known as an “anti-washout clause”:

The successors to Upland, Granite Oil and Apache, refused to recognize the Yowells’ continued overriding royalty in the 2007 lease, contending that the grant of an override in “future leases” violates the Rule Against Perpetuities. END_OF_DOCUMENT_TOKEN_TO_BE_REPLACED

If you’d like to know when there has been a new post on this blog but you don’t want to keep going back to see if there have been any updates, you can subscribe to my blog. There is a link to the right, “how to subscribe to RSS feeds.” Click on that and it will tell you how. Also, I always post on LinkedIn and Twitter when I post a new blog, you can follow me there.

In 2017 I wrote about consent-to-assign provisions in oil and gas leases, and I commented on a case decided by the Tyler Court of Appeals that year addressing such provisions, Carrizo Oil & Gas v. Barrow-Shaver Resources, 2017 WL 412892. In December last year, the Texas Supreme Court wrote on that case, No. 17-0332, Barrow-Shaver Resources v. Carrizo Oil & Gas. The court split 5 to 4. Although the

consent-to-assign provision in the case was in a farmout agreement, it sheds light on how such provisions in oil and gas leases would be treated by the courts.

The facts of the case are these:  Carrizo owned an interest in an oil and gas lease covering 22,000 acres in north-central Texas. It entered into a farmout agreement with Barrow-Shaver under which Barrow-Shaver was granted the right to drill wells and earn assignments of the lease, with Carrizo retaining an overriding royalty. The farmout agreement contained the following provision:

The rights provided to [Barrow-Shaver] under this Letter Agreement may not be assigned, subleased or otherwise transferred in whole or in part, without the express written consent of Carrizo.

END_OF_DOCUMENT_TOKEN_TO_BE_REPLACED

NARO Texas‘ convention is being held July 18-20 at the Hyatt Regency Hotel on the Riverwalk in San Antonio.  Several good speakers will be presenting on topics including how to negotiate retained acreage and pooling clauses, how to handle mineral buyers, and developments in horizontal drilling.  I will be speaking about production sharing agreements and allocation wells. 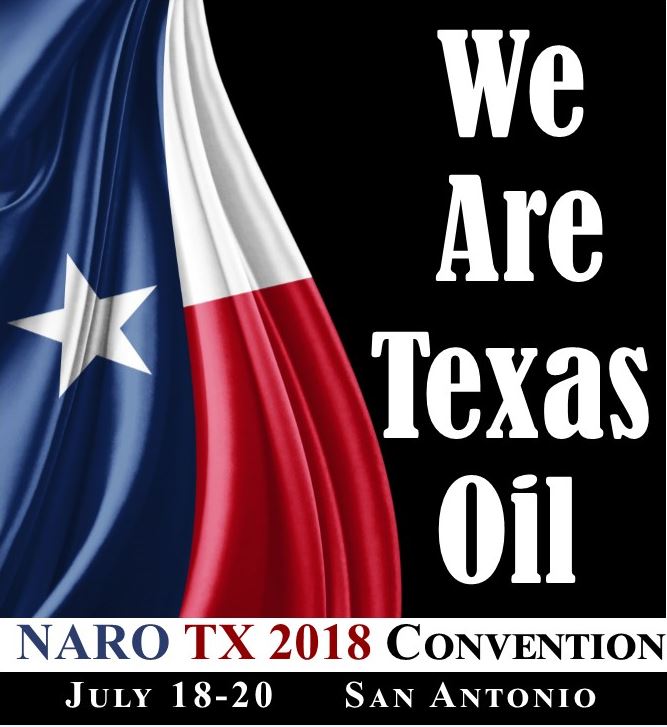 The link for online registration for this event: www.naro-us.org/events

Additional information can be found at: www.naro-us.org/texas

I have often received calls from clients who receive unsolicited offers to buy their minerals. In the past, mineral owners have generally ignored these offers, reminded of their grandmother’s admonition to “never sell your minerals.”

That has changed. The buying and selling of minerals has now become common. Investment monies have flowed into funds that acquire mineral interests. Companies have been founded with that objective. Some of the largest mineral portfolios have been assembled by purchase over the last decade. Black Stone Minerals, for example, has evolved from a family-owned East Texas lumber company into one of the largest mineral owners in the country. Energynet, founded in 1999, conducts online auctions of minerals and now handles more than $1 billion per year in transactions.

Investment in minerals, especially in Texas, has several advantages.  Holding costs for minerals are minimal. Taxes are assessed only on producing minerals.  Severed non-producing minerals cannot be adversely possessed.  No liability risks attach to mineral and royalty interests.