I recently read a biography of R.B. Masterson, famous cattleman, written by his son-in-law Z.T. Scott in 1930. Scott listed as Masterson’s first outstanding quality his honesty. “Schooled in the days when a man’s word was his bond and elaborate contracts with legal perplexities were unthought of, his sense of honor and justice made valid every promise; and no man may point to an agreement broken or a pledge unkept.” The cowboy way.

Our firm represented a cowboy, a rodeo team roper named Clint Sanders, in a dispute with another roper,  Eric Randle, over “mount money.” The Waco Court of Appeals recently affirmed a judgment for Sanders, for $39,501. In affirming the judgment, the Court of Appeals quoted fictional cowboy hero Hopalong Cassidy, who suggested that agreements made the “cowboy way” are held to a higher standard. “The highest badge of honor a person can wear is honesty. Be truthful at all times”; “If you want to be respected, you must respect others. Show good manners in every way”; and “Only through hard work and study can you succeed. Don’t be lazy.”

Mount money is known in the rodeo business as the share of winnings a roper pays to the owner of the horse he rides when he borrows another cowboy’s horse. Randle’s horse came up lame and he borrowed Sanders’ horse Tex, and won $158,000. But Randle denied he owed Sanders any mount money. The jury found that he did.

END_OF_DOCUMENT_TOKEN_TO_BE_REPLACED

Every year, the ABA Journal of the American Bar Association publishes a list of its 100 best blogs related to law topics. One of those on this year’s list is the Texas Agriculture Law Blog, published by the Texas A&M AgriLife Extension Service. The author is Tiffany Dowell Lasmet, an Assistant Professor and Extension Specialist in Agricultural Law at A&M. The ABA Journal reports that

Enviromnmental laws, animal safety, real estate and property issues, food safety and fracking are all issues that Texas farmers and ranchers have to contend with, and this blog does a great job of analyzing how recent court decisions or state legislation can affect them. Texas has long been on the cutting edge of energy law, and this blog also offers excellent examinations of how energy companies and agriculturists are dealing with their often-competing interests.

“Liberty doesn’t work as well in practice as it does in speeches.”

“Democrats never agree on anything, that’s why they’re Democrats. If they agreed with each other, they would be Republicans.”

“If you ever injected truth into politics you would have no politics.”

END_OF_DOCUMENT_TOKEN_TO_BE_REPLACED 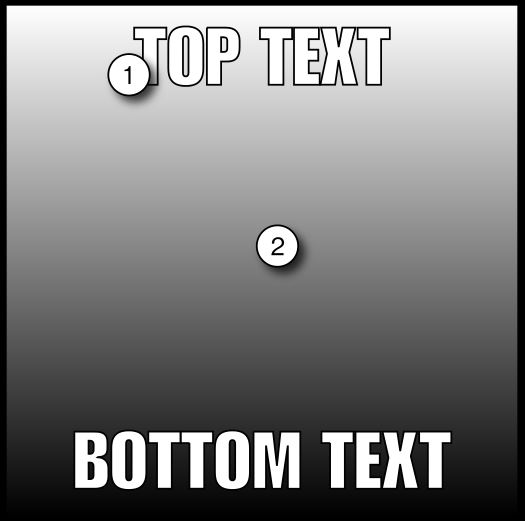 END_OF_DOCUMENT_TOKEN_TO_BE_REPLACED

Occasionally I find something interesting that has nothing to do with oil and gas law, and I file it under “something completely different.” John Browning, a Dallas attorney, law professor and historian, has written the story of a remarkable man, John N. Johnson, who was the first African-American lawyer in Austin and the first African-American admitted to practice before the Texas Supreme Court.  Johnson also taught school and published a newspaper. Browning’s account of Johnson’s accomplishments also gives us a taste of what it was like to practice law in Texas at the end of the 19th century.  Browning’s article, an excellent read, can be found here.

From the Energy Information Administration:

The General Dynamics shipyard in San Diego delivered the world’s first liquefied natural gas (LNG) powered containership to TOTE Maritime on October 16. The 764-foot long Isla Bella is the first of the Marlin class, a new class of container ship built in the United States, making it Jones Act-qualified for shipments between U.S. ports. The ship was built by the National Steel and Shipbuilding Company, a division of General Dynamics. 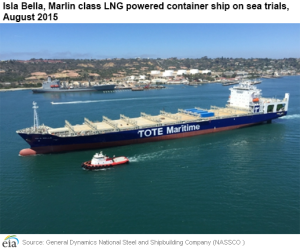 Delivered nearly two months ahead of schedule, the Isla Bella will operate out of Jacksonville, Florida, providing service to and from San Juan, Puerto Rico. The second ship of the class, the Perla del Caribe, will be delivered in early 2016 and will service the same trade route. These ships join a small group of LNG-powered ships, which currently number fewer than 100, excluding LNG tankers, according to data from DNV GL Maritime. They are the first in the largest category of vessels–container ships, numbering in the tens-of-thousands–to be built with dual-fuel propulsion intent on employing LNG as the primary fuel.

END_OF_DOCUMENT_TOKEN_TO_BE_REPLACED

Everyone knows this quote and that it is from Shakespeare. It is from Henry VI, Part 2. And it has generated some controversy.

Defenders of lawyers (mostly lawyers) say that it is misunderstood and was intended as a “complement to lawyers and judges who protect the people from tyranny and anarchy.” This argument stems from the identity of the character speaking, Dick the Butcher, a dastardly villain and follower of the rebel Jack Cade, a pretender to the throne and a sort of libertarian. Dick the Butcher was supporting Jack Cade’s campaign and encouraging him in his quest for anarchy.

But not so fast, say others.  In fact, Dick the Butcher is making a joke, as Shakespeare was wont to do, at the expense of lawyers.

END_OF_DOCUMENT_TOKEN_TO_BE_REPLACED

On August 30, 2013, the Texas Supreme Court decided two cases involving the Episcopal Church of the United States. Last week, the U.S. Supreme Court refused to hear the cases, making the results final. (In case you’re wondering, this has nothing to do with oil and gas. The cases are of interest to me as an Episcopalian.) The two cases were basically a fight over ownership of church property. The parties engaged some of the most powerful firms and lawyers in the state, and multiple amicus briefs were filed. And the cases grapple with the right to free exercise of religion guaranteed by the First Amendment of the U.S. Constitution.

There are about 4.5 million Episcopalians in the U.S. — fewer than the number of Baptists, Methodists, Mormons, Lutherans, or Presbyterians. Episcopalians, however, are often some of the elite and most powerful members of society in the U.S. The Episcopal Church in America was founded in 1789 and is a part of the Anglican Communion, which has about 80 million members worldwide. The Church is associated with and has its roots in the Church of England, founded by Henry VIII when Pope Clement VIII refused to approve the annulment of Henry’s marriage to Catherine of Aragon.

END_OF_DOCUMENT_TOKEN_TO_BE_REPLACED

Ownership of the Waggoner Ranch has been in litigation for more than 20 years. The suit was originally filed in 1991 by Electra Waggoner Biggs, one of the heirs, who died in 2001. Electra was a sculptor; her sculpture of Will Rogers on his horse Soap Suds is on the Texas Tech University campus.

The colorful history of the Waggoner family was documented in an article by Gary Cartwright in Texas Monthly in 2004. It’s a great read.